How structural and weathering cracks in central building of Bowring Institute, built in 1888, were repaired using traditional methods. By Nandhini Sundar

It is not only a heritage landmark of Bengaluru but a part of history of the Colonial era, the structure having been frequented by the British regiment posted in the Bangalore Cantonment; a structure that has withstood the test of time and served as a silent witness to the changes that have occurred over its 132-year existence. We are talking about the central building in one of the oldest private clubs in Bengaluru, the Bowring Institute, founded in 1868 by Benjamin Lewis Rice.

Constructed in 1888 on the principles of Victorian architecture blended with tones of Indo-Saracenic, the structure is divided into three wings comprising a large convention hall, flanked on both sides by expansive multi-functional spaces where one of them serves as a much frequented library. When the building was put up for restoration, the state of the structure was a serious cause for worry, states Stuart Clarke, Hon. Treasurer, Bowring Institute and project coordinator for the restoration.

“Deep cracks marked the walls as the damaged foundation had been patched up without understanding the structural implications or the heritage value of the building. Large sections of the roof and walls were also damaged due to heavy seepage of rainwater. Worse, multiple alterations had been carried over the last six decades without paying heed to the long-term impact”, he points out.

When the current restoration process commenced in September 2016, the approach was clear: to keep the heritage value fully in perspective, where the structure will be restored based on the methods, techniques and materials primarily used in its original construction. Since the entire structure was built using lime mortar and lime plaster, the restoration would involve preparing lime mortar on site to the exact specifications of the original lime plaster used over a century ago.

“ASI-certified limestone was chosen, the lime powder ground on site with sieved river sand and wild aloe vera, with inknut water added to attain the right consistency. This mixture was fermented for 14 days in a pit which was covered with 2 to 3 layers of gunny bags along with a layer of hay to ensure zero penetration of sunlight”, explains Architect Sriram Krishnan of Archieteriors, the Lead Architect involved in the restoration.

Incidentally, the lime mixture, once fermented, generates a lot of heat. “We had to opt for alternate day rotation of the artisans doing the lime plaster as constant exposure brought heat boils on them”, states Krishnan. The fermented lime mixture was further mixed with palm sugar water, inknut water and egg white to produce the authentic original lime plaster in the right consistency.

The structural analysis undertaken prior to the restoration had revealed extensive damage to both the substructure as well as the superstructure. To address the substructure, trenches of 1.5 x 2 m dimension were dug along the foundation, with the soil strengthened by sand and lime piles of 50 mm diameter with grouting pressure of 10 kg/sq m at every 450 mm c/c to a depth of 600 mm. The cavities on the foundation wall were filled with lime mortar and further strengthened through RCC buttressing.

As for the superstructure, “two types of cracks were found on the plaster stripped walls – structural and weathering cracks”, states Krishnan. “The structural cracks radiating from the roof, across the arches, down to the foundation were treated using ISMC members internally and externally. The weathering faults were treated using crack stitching technique and finished with lime mortar.”

As for the roof, the structure came with both sloping wooden roof and flat madras terrace roof, with a strong interconnection prevailing between the two for structural stability as well as rainwater runoff. “The prevailing tiled roof and supporting timber trusses were in a bad condition, with the damaged original timber trusses having been removed many years earlier and replaced with asbestos sheets. These sheets were now replaced with timber rafters as in the original design.”

The flat Madras roof too had leakages in multiple sections, requiring re-laying. “This was again done conforming to the original roof structure, with the first layer comprising steel/wooden rafters, the second layer comprising bricks laid diagonally on an incline of 5 to 10 degrees. The third and fourth layers were again similar bricks but laid flat to cover the joints and ensure good bonding for the roof”, elaborates Krishnan.

The original oxide-based floor tiles were found to have weathered, requiring replacement with similar pattern and style. The floating wood floor of the central hall also had its entire wooden members damaged, requiring replacement. Given the era of the structure, the building also featured multiple openings in the form of doors, windows and ventilators, where the damaged sections needed replacement.

Likewise, the wrought iron railings enclosing the open verandahs were fully rusted and were replaced with similar designs. The external detailing and motifs on the roof and parapet walls were also found to be damaged and these were reconstructed by referring to the pictures of the original structure. The design team that worked on the historic restoration of the heritage structure also included Ashwath Narayana, Department of Archaeology, Museums and Heritage, Karnataka Government, and H.S. Srikanth, Hon. Secretary, Bowring Institute. 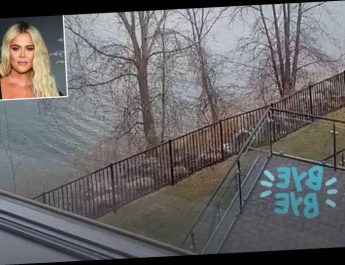 Khloé Kardashian and Tristan Thompson Say Goodbye to Their Cleveland Home: 'I Will Miss This Place' 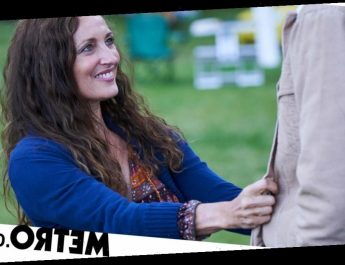 Spoilers: Roo leaves the Bay with new love in Home and Away 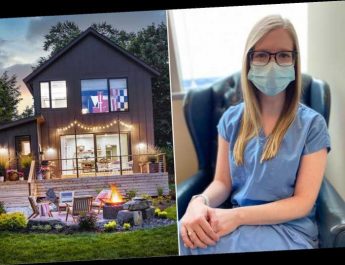