Rhett McLaughlin and wife Jessie have been renovating their eclectic Los Angeles home for five years, and while it may look finished, interior designer Jessie says it’s not quite done.

“We joke that like us, this house is constantly under construction,” she tells PEOPLE. “I knew when we moved in it would be a process … As an interior designer, I’m comfortable with a little construction chaos because I know the results will be worth it,” the Jessie Lane Interiors founder continues. “Rhett puts up with it because he loves me.”

Rhett, who makes up one half of the comedy duo Rhett & Link and co-hosts their hit YouTube talk show Good Mythical Morning, admits that while he is eager to “settle into the space we have,” Jessie’s updates have “ultimately increased how much we enjoy our home, and that’s something that has been especially valuable this year.” While staying home amid the coronavirus pandemic with their two sons and their dog Barbara, the couple, who have been married for nearly 20 years, discovered new ways of relating to their home.

“Quarantine has helped all five of us … find new ways to be alone in the house,” Rhett says. “It turns out the garage is often the only place to find true isolation. I’m not much of a handyman or DIY-kind-of-guy, but I have found myself standing in there alone holding random tools and making guttural noises,” he jokes.

WATCH: Inside the Home Tennis Star Madison Keys Bought Herself After Winning a Major Title For Jessie, the biggest realization was “how open our house is,” prompting her guest room-turned-office to become “prime real estate for Zoom calls because it has a door on it!”

When it comes to the aesthetics of their home, Jessie explains that “the idea of being pinned down to one style gives me hives. I’m a sucker for risk-taking in design, a collected but clean look, warmth, and playfulness.”

Rhett chimes in, “My aesthetic is ‘I should check with Jessie before I buy this.’” Their eclectic vibe, which Jessie describes as a mix of  “Regency, Boho and Modern Spanish … with a few other things thrown in” is visible in the mix of their leopard print coffee table, white-tiled kitchen and the bold blue custom couch that snakes through their living room, opposite a built-in floor-to-ceiling bookshelf decorated with knick-knacks and other things meant to distract Rhett from watching TV. “It can be difficult to focus on the screen because of all the stuff Jessie has put around it in order to distract me, but I’m pretty good at blocking all of that out,” he jokes.

For those looking to incorporate bolder elements into their own home, Jessie suggests starting small “with a low-risk, low-commitment piece like a funky pillow or a bright throw. You’ll be amazed at how a small change can breathe life, joy, and interest into your environment.” Art is another way to make a space pop or to tie it together, as Jessie did with the paintings in the living room. In addition to a gallery wall of paintings, the “vintage landscape in the kitchen is one of my all-time favorite pieces,” she tells PEOPLE. “I talked a local collector friend into selling it to me. Its origin is a bit of a mystery but it’s at the top of my list of material things I’ll grab if we have to do a quick fire evacuation!” The kitchen itself was the first room the pair renovated, with Jessie “determined to get a breakfast nook, a small peninsula and a computer station in there” to make it “the hub” of their house. “Now it’s the busiest room,” she says. “We eat most of our meals at the little tulip table and there’s a constant stream of music and discussion coming from this room.”

“We’ve created spaces that we actually use,” Rhett adds. “While much of our house is designed with aesthetics in mind, they are all incredibly functional, so we find ourselves experiencing one another’s company in every room,” the dad-of-two says. “Ultimately, that everyday use with the people you love makes it feel like a home.” 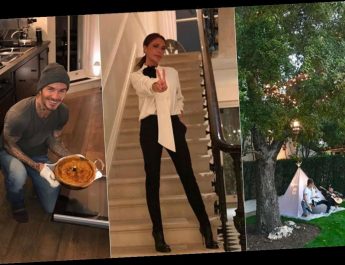 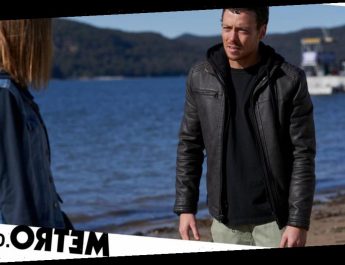 Spoilers: Showdown between Dean and newcomer Francesca in Home and Away 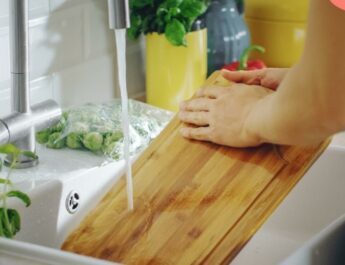 An expert guide to making your kitchenware last a lifetime