Rainn Wilson's real-life home is nothing like Schrute Farms — but there are some barnyard animals on hand!

The actor, best known for his role as Dwight Schrute on The Office, 54, and his wife, writer Holiday Reinhorn, 56, moved into a 1974 Spanish-style hacienda in Southern California earlier this year and recently opened the doors to the newly renovated space to archdigest.com.

“We were looking to get a little farther away from Los Angeles, somewhere close to the ocean but still in striking distance of the city,” Reinhorn says. “The first time we saw this place, we fell in love.” The pair — who share son Walter, 16 — visited the home three or four times before they bought it, and say they were drawn in more and more each time until they never wanted to leave.

They also share the five-and-a-half acre property — which boasts citrus groves, macadamia trees and Pacific Ocean views — with their pets, including two rescue pit bulls, Poe and Diamond, as well their pigs, Amy and Snorty, who live in the barn out back but are still very much considered part of the family. They decorated with the help of designer Tammy Randall Wood, whose interiors reflect Wilson and Reinhorn’s unique bohemian tastes, with subtle nods to their travels in Morocco and Haiti. (The latter is where they established their charity, Lidè Haiti.)

Moroccan rugs cover the terracotta tile floors, antique wood doors were brought in from Mexico, and leafy palms decorate nearly every room. An abundance of reading material can also be found throughout the home. “They’re both avid readers and writers, and they wanted books everywhere,” Wood shares. “We didn’t want the house to feel too formal or overly designed. We are two creatives sharing a home, and we wanted it to be a place where we can write and make music and tell stories,” Reinhorn says of the purposeful design, with Wilson adding, “I would describe the look as global bohemian.”

The home is also filled with plenty of art precious to the couple. “Art is really one of the things we bonded over,” Wilson says, "even when we were dirt broke living in New York City." He explains that he and his wife tend to be drawn to works with an “absurdist” flair.

Some of their most sentimental art pieces were created by Rainn's late father, Robert Wilson.

Now that the house has been fully renovated into their dream home, the couple is thrilled that they have a space that feels so personal to hunker down in.

Happy Anniversary to my favorite masked man. It’s been a ride of many wonders and twists and turns…but as the poets like to say—-if we weren’t supposed to dance…why all this music ? —————-#25years #happyanniversary #iloveyou #keepdancing

“We designed this house to foster creativity,” Reinhorn says. “We intended it to be a gathering place for other artists, friends, and collaborators, but by the time we moved in, the pandemic was in full swing. Still, I can’t imagine a more inspiring place to be in lockdown.”

Wilson agrees: “Each room has its own creative vibration, its own energy. We’re blessed to live in a place with genuine soul and character.”

Read the full feature and see more photos on architecturaldigest.com. 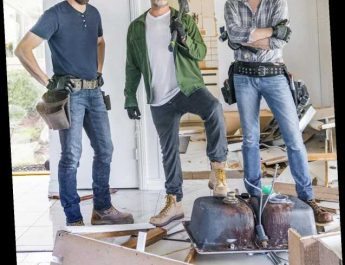 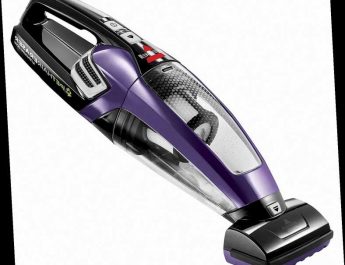 This Handheld Vacuum Is ‘Fabulous’ for Picking Up Cat Litter and Pet Hair, According to Nearly 7,000 Five-Star Ratings 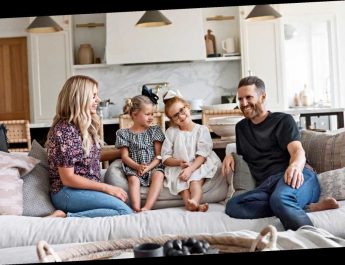