It's been a year and a half since Amanza Smith last saw or heard from her ex-husband, former NFL player Ralph Brown. And despite the mental anguish she says his disappearance has caused her and the two kids they share, she's not ready to give up on finding him.

The Selling Sunset star, 44, recently opened up about the situation to PEOPLE, explaining, "I think I was in go, go, go mode for so long after it happened that I hadn't even really had a chance to process it fully. I was just trying to pick up the pieces and get our lives together. But now that things are more settled, I'm just on a mission to figure out what the hell is going on."

She says she's finally at a point where she feels ready to use her platform to aid in her fight to find Brown. While she's unsure what lead to his disappearance, she's considered whether it could be a health issue related to his football injuries. She specifically cited CTE, a brain condition associated with repeated trauma to the head during an interview with ET.

"I made the choice to put my life on a television show, and when I made that choice this wasn't our reality, but it is now. So, I may as well use the platform to try to figure out how to get some answers," she says.

She took to Instagram to talk about the situation on Tuesday — the first time she has discussed it publicly in months — and share a photo with her son Braker, 9. "I've been silently dealing with the pain and heartache of what is happening with this situation and the past couple weeks I've wiped so many tears from this little boy's face. My heart hurts," she wrote in the caption.

Smith and Brown, who were married for two years, also share daughter Noah, 10.

She says she hopes social media can help her bring awareness to Brown's disappearance and help her find him. "Somebody has to have seen him or something," she says. She feels confident that he is still alive due to interactions he's had with the courts, including submitting a change of address which traced back to a P.O. Box at a UPS store.

"I'm not doing it to find him for revenge or to get money or child support," Smith assures. "I want to know what's going on. And if there's a possible solution to help him even feel a little better."

Smith says she is "angry, sad and confused" that she has gotten nothing but radio silence from her former inlaws, Brown's family, despite her many attempts to reach out to them. Most of his family members have blocked her, she says.

"I'm really upset with his family for just having no contact whatsoever," she says, admitting that her kids' paternal family members "turning their backs on them" has been especially hard.

"I need them to look me in the face and tell me that he's either not okay and we can get him help, or that he's just given up," she says. "And then at that point, we can make that decision on how to move forward. But still, the kids deserve answers. I deserve answers."

She wants to make it clear that she is not angry at Brown for leaving — something she's tried to explain to the kids as well. "But the family doesn't have brain damage," she says, alluding again to her theory he may be suffering from CTE.

Smith says she's certain Brown's disappearance will continue to be a storyline on Selling Sunset because it consumes such a big part of her life. Netflix has not yet confirmed a fourth season due to the COVID-19 pandemic. Season 3 premiered in August 2020.

She also hopes she can bring a bit more clarity to the situation as it plays out on air. "I watched the show back the other day and I realized how vague the whole storyline was with it, because I didn't know what to say when it was happening," she shares, adding that she first learned that had Brown gone missing in August 2019, while she was in the middle of filming the show's second season. "I didn't know how much I wanted to share, what was going on or how it was going to play out," she continues. "But now I can maybe fill people in a little bit better."

And while she says she feels lucky to have so much going on to distract her — homeschooling her kids, decorating her new house, and of course working at the Oppenheim Group — the sadness still does set in from time to time. She admits she's gone over to a neighbor's house to cry so that the kids don't see her upset.

At the end of the day, Smith says, she still has hope that she will learn the truth about what happened to Brown and find closure.

"I'm a pretty positive person, she says. "I don't know if we'll be seeing him again for him to tell us to our face that he doesn't want to see us ever again, and he's moved on. But I feel in my heart, in my gut, that there's something more. A mental thing or a substance thing or a health thing — something. I'm just going to have to deal with whatever it is when the time comes."

The first three seasons of Selling Sunset are streaming now on Netflix. 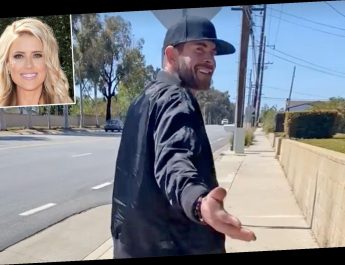 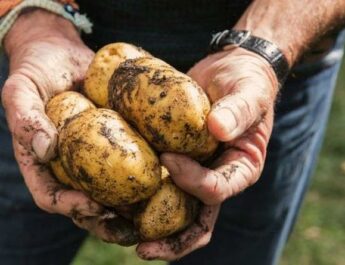