Interior decorator turned Oppenheim Group real estate agent Amanza Smith has been a fan favorite since joining the cast of Selling Sunset in Season 2 —  but she’s been relatively private about her life before the show, until now.

The mom of two, 43, opened up about her love life on an episode of the Dear Media podcast Not Skinny But Not Fat on Tuesday, sharing that she has a few famous exes that many fans of her Netflix show may not know about.

The former Indianapolis Colts cheerleader and Deal or No Deal briefcase model explained on the show that she has dated a couple of well-known people since her divorce from former NFL player Ralph Brown eight years ago. (The former couple share daughter Noah, 10, and son Braker, 9, but Smith revealed on the show that Brown went missing in August 2019 and, she says, has not been seen since.)

Hope everyone is holding it together during this extremely sensitive time. Sending loads of love and light from our family to yours. This pic was taken before the lockdown. We are all home snuggling on the sofa watching Disney movies!!! ???

One relationship that she did address briefly on Selling Sunset was her five-year romance with actor and Broadway star Taye Diggs, 49.

“He’d only been divorced like five months,” Smith explained of getting together with Diggs, who was previously married to Idina Menzel for 14 years before they divorced in 2014.  “I was the first person he’d been with after her.” Smith shared that she and Diggs lived together with their kids as a blended family. (Diggs and Menzel share son Walker, 11.) “His son is the same age as my daughter,” she said. “We still have playdates, and I’ll drop my kids off at Idina’s house and they’ll have playdates and sleepovers there with Walker.”

The pair split after five years together in 2018. “Neither one of us was in the right place to date,” she added. “If you’re the first relationship someone has fresh out of a divorce, it’s probably never going to work. We’re better friends.”

Smith adds, “he’s a beautiful human being,” and they’re on good terms.

Before that long-term romance, however, there were several other boldface names on her dating history.

“I have dated so many regular dudes, but then my friends don’t remember any of the regular dudes, they remember the fancy dudes,” Smith tells podcast host Amanda Hirsch. “They’re like, ‘Why don’t you just date someone regular?’ And I’m like, 'You know what? I’m not f—king regular. I have a big personality. I like big personalities.’”

She also shared that when she first moved to L.A. to work as a model, around 2001, she began dating *NYSNC member JC Chasez — right around the peak of the boy band’s fame. “I dated him off and on for many years,” she explained, saying he’s still a friend and they have a great relationship. “[Selling Sunset's] Mary [Fitzgerald] and I would go to the concerts and think we were so cool,” she recalls with a laugh.

Smith shared that she then entered a relationship with another famous musician, The Script lead singer Danny O'Donoghue.

“This was very short-lived,” Smith explained of her and O'Donoghue’s relationship. “Right after Ralph and I got divorced I met this guy at a bar and thought he was super cute… we were at an Irish pub and we heard some Irish accents.” Smith explained that O'Donoghue told her that his band was in L.A. to film a music video, and asked if she’d like to visit the set the next day. She agreed, not knowing that they were particularly famous until she met The Black Eyed Peas’ will.i.am on set. The Script was shooting the music video for the band’s song “Hall of Fame,” which features the rapper.

They broke up because they were simply at different places in their lives, Smith said, explaining:  “We lived in different countries and I was fresh out of a divorce with a one and two year old… he was like 30 with no kids.”

Smith is currently single, and is raising her two children on her own in L.A. 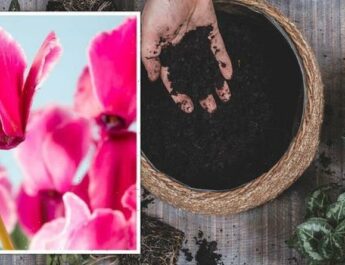 When to plant cyclamen – a guide to autumnal blooms 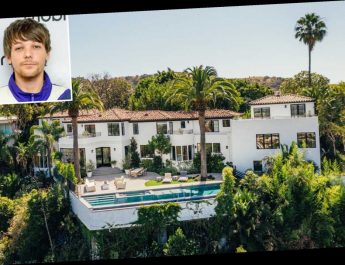 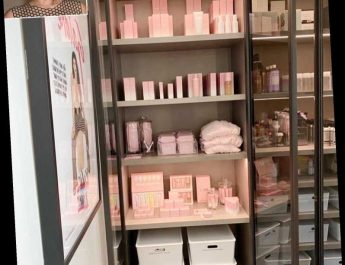