While filming Season 2 of Selling Sunset in August 2019, Amanza Smith learned that her ex-husband, former NFL player Ralph Brown, had gone missing. A year later, she's sharing an update and how she's moving on with her life.

The interior designer-turned-real estate reality star, 43, spoke candidly about Brown, who is the father of her two children — daughter Noah, 10, and son Braker, 9 — on an episode of the Dear Media podcast Not Skinny But Not Fat on Tuesday, telling host Amanda Hirsch, “I don’t know where he is” but “I’m positive he’s alive.”

The exes, who divorced in 2012, shared 50/50 custody of the kids until his disappearance.

“He was a great father when he was around. He was a very loyal, hands-on, dedicated, interactive father,” Smith says of Brown, explaining why his sudden absence has been particularly hard on the kids, who used to spend half of each week with him. "I know it sounds so crazy," she admits.

She noted that the last time she saw him was August 26, 2019 — but the last time she heard from him was a few days later, on September 1. “He sent me an email, and he said, ‘My situation isn’t good right now. I can’t financially take care of the children. It’s not safe for them to be with me. You need to keep them until my situation changes,’” she told Hirsch.

Because of that email, Smith says, she hasn’t been able to file a missing person’s report. She has, however, filed for full custody of the children — and she says that’s how she knows Brown is still alive.

“I know he’s alive because we’ve had to get an attorney and file court records, because I’m trying to get full custody. And at one point he submitted something to the courts where he did a change of address. We traced it back, and it’s a P.O. Box at like, a UPS store,” she said.

Smith says that Brown's family is "unresponsive” as well, despite her leaving them multiple calls, emails, text messages and more. “Anytime I reach out to anyone I get blocked,” she shares. This has been especially traumatic for the family, she says, as the kids were “very close to their grandparents, aunts and uncles.”

“I’ve had to pick up the pieces and mend little broken hearts,” she adds. “But right now we’re doing good, and we’ve settled into this new reality.”

The former model shared that she also grew up without her father, so she knows how hard this must be for the kids. She says she’s trying to make everything feel as normal as possible for them at home in L.A., despite her newfound Netflix fame.

She’s also done some thinking about what she’ll do if or when Brown ever does show up again: “If he does come back, it’ll never go back to 50/50 [custody],” she says. “They’re amazing kids, but they’re hurt."

"This is the kind of stuff that’s going to come back up later [in their lives]," she adds. "Braker is angry, and Noah is sad.” 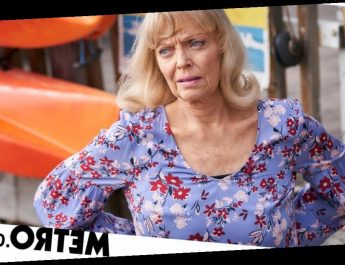 Spoilers: Martha receives a secret note from ‘Kieran’ in Home and Away 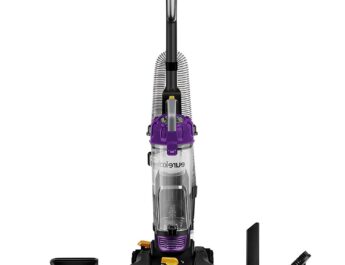 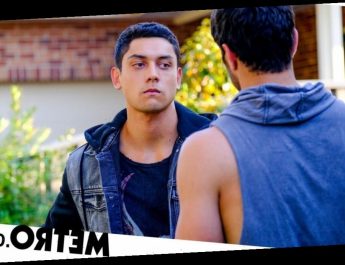 Spoilers: Nikau confronts Tane after uncovering his secret in Home and Away