Home » Homes and Gardens » Spoilers: Amber punches Colby with no explanation in Home and Away

It hasn’t been long since Ben (Rohan Nichol) and Maggie Astoni (Kestie Morassi) departed the Bay for a new life in Italy, but we haven’t had much time to miss them as a fiery new character has arrived – and it looks like she has a history with some of the town’s residents.

Amber (Madeleine Jevic) begins her time in the Bay with a trial shift as John’s carer, but her brisk, no-nonsense attitude proves too much for him to handle and he fires her on the spot. Going to Salt to drown her sorrows, she runs into an old friend – Dean Thompson (Patrick O’Connor).

Ziggy (Sophie Dillman) is less than impressed to see her boyfriend being chatted up by a mysterious new face, and she is even less impressed to discover that Dean has a past with the newcomer – much as he insists that it’s over between them.

However, it looks like Dean’s Mangrove River buddy Colby (Tim Franklin) has more reason to be concerned than him, as their mutual friend Amber does not have particularly fond memories of the police officer.

Seeing Colby on the beach, Amber makes it pretty clear what she thinks of him by avoiding a verbal greeting – and silently serving him a punch to the face instead! When Bella (Courtney Miller) hears about the punch, she goes to confront Amber – and gets more than she bargained for…

Gardeners’ World: Monty Don explains how to repot and look after spider plants 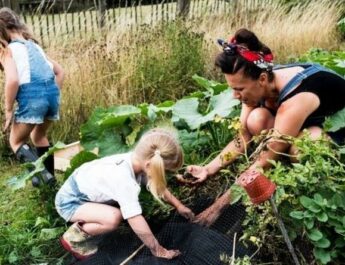