Home » Homes and Gardens » Spoilers: Does Mackenzie, Justin, Leah or Susie die in Home and Away?

Warning: The following contains spoilers for Home and Away at Australian pace.

It doesn’t feel like long since the Bay was rocked by the sudden discovery of Ross Nixon (Justin Rosniak) – Bella’s (Courtney Miller) father – after Colby (Tim Franklin) buried him in a shallow grave.

But now another body is set to be discovered in huge upcoming scenes on Home and Away for Australian viewers.

Australian outlets have reported that the body will be recognisable to those at home – what’s more, it is one of four people: Leah (Ada Nicodemou), Justin (James Stewart), Susie (Bridie Carter) or Mackenzie (Emily Weir).

So who is living out their final weeks in Home and Away, and how did they die? Here are our top theories.

Leah has been through a lot in the last few years. She had her son VJ (Matthew Little) leave for Cyprus to keep baby Luc safe from Irene’s (Lynne McGranger) unhinged son Mick (Kristian Schmid), and she was also kidnapped by Douglas (Adam Booth) and held captive for six weeks before her dramatic escape.

Recent storylines have also seen her becoming increasingly obsessed with monitoring scam forums to find clues on Susie, the con artist who ended up stealing her entire life savings. This means that, unfortunately, there are a number of people who could be behind Leah’s death.

Could Mick be about to return, on the hunt for baby Luc, and end up taking out his frustrations on Leah? Perhaps Douglas has managed to escape from prison or get one of his friends to exact revenge for him on the outside?

Alternatively, we know Susie herself is no stranger to criminal acts, having tried to poison Irene and barely hesitating to knock her out with chloroform when she made her escape. Will

Leah finally come face to face with the woman who stole all of her money and end up reaching an untimely end?

Or perhaps Leah has been letting her guard down on the scam forum and someone has worked out where she is. Perhaps one of her ‘leads’ for Susie is actually a plot to see her dead? It’s the Bay, so anything could happen!

Justin has been in dangerous waters lately, with his increasing reliance on painkillers following his chronic back pain and spinal surgery. It’s possible that the upcoming death could be accidental, as Justin could have overdosed on his medication.

Another theory could be that Justin simply gets into a surfing accident. As the body is described as ‘washing up’ in the Bay, perhaps his back seized up after a routine surf and he drowned?

There could be something more sinister behind a potential Justin death. Those who have been following the soap for years will know that the Morgans have a murky past. Having initially moved to the Bay as part of their witness protection, it’s now common knowledge that their parents had drug problems and had passed away.

In the past, episodes saw a drug syndicate hounding Brody (Jackson Heywood), Mason (Orpheus Pledger), Tori (Penny McNamee) and Justin. Even though the members had been sentenced to jail, could they have been released to wreak further havoc on the Morgan’s lives?

Susie may seem like the obvious choice for many fans up to date on recent storylines. There’s no denying that she’s a criminal and constantly on the run after destroying peoples’ lives, so the con artist will have countless enemies who would not hesitate to make her pay for what she’s done.

If Susie were to be found dead, it would seem more likely that she was murdered. The only question would be – who did it? While John is known as a gentle soul, he did have a particularly emotional experience with Susie as she pretended to be in love with him. Now that the entire Bay knows what happens and he feels like a gullible fool, could he have anger brewing inside him that leads to murder?

Justin and Leah are the other obvious choices for murder, although it seems unlikely that Leah would do it. Justin has been increasingly irrational lately due to his painkiller addiction, with upcoming spoilers for UK fans revealing that he fires Ziggy from the shop after a fit of rage. Could he spot Susie and be taken over by his anger in the worst way possible?

Another potential murderer is Stephen (Bren Foster), the newcomer who has arrived in the Bay to help Leah with tracking down Susie. We have no idea what he’s made of – he appears mild now, but his life and marriage were ruined by Susie.

Could he be waiting for his moment to ensure Susie never hurts him – or anyone else – ever again?

Mackenzie has been through the wringer in recent weeks. Not only did she go through a breakup with Ari (Rob Kipa-Williams), but he ended up in a coma for a while, then she discovered she was pregnant and lost the baby – all while being forced to watch Ari reconnect with his old flame Mia (Anna Sampson).

Upcoming UK spoilers reveal that Mackenzie goes missing after making a fool of herself at a Parata family barbecue. Does she end up harming herself, or deliberately overdosing on alcohol? Sadly, Mackenzie’s feelings of grief and loss could potentially come to a head in this way.

Alternatively, the death could be accidental. Recent storylines in the UK show Dean (Patrick O’Connor) going to find his sister after Ziggy (Sophie Dillman) kicked her out for making a move on Tane (Ethan Browne). He discovers her holed up in a motel, drinking heavily. Having turned to drink since the breakup, and engaging in reckless behaviour for weeks, could her overdose be an accident?

Episodes coming soon for UK fans show Mackenzie engaging in a string of one night stands to distract herself from her feelings. Dean soon tries to intervene, telling some of the men to back off when they keep returning to the Pier Apartment his sister is now staying in with him.

Could one of these strange men be criminals who end up killing Mack?

Only time will tell!

8 home accessories inspired by columns, aka the motif of the moment 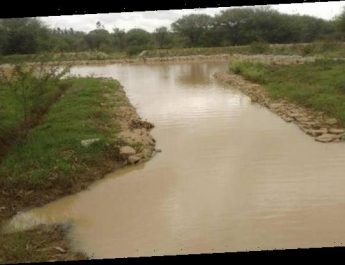 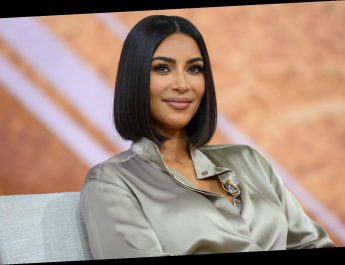