Home » Homes and Gardens » Spoilers: Justin worried by returning symptoms in Home and Away

Justin (James Stewart) has recently undergone spinal surgery for his cavernoma, which resulted in Dr Christian Green (Ditch Davey) only removing part of it due to the size of the mass. However, Justin has had his health continue to improve since the operation.

When Justin is discharged, he goes to the Diner with Leah (Ada Nicodemou) and Alf (Ray Meagher) is pleased to see him out and about. Ziggy (Sophie Dillman) shows up, and Justin says how grateful he is that she has kept the garage going – so he invites her to dinner with him and Leah that evening.

At their meal, Justin and Leah are surprised to hear about Ziggy and Dean’s (Patrick O’Connor) breakup, and Ziggy in turn is shocked that Justin won’t be back at work for another five weeks. However, Justin is of the belief he just needs to rest and then he’ll be back to normal.

Ziggy tries to cover her disappointment, but is secretly beginning to struggle with the workload. Back at the house, she wakes up in the morning to find that Ari (Rob Kipa-Williams) stayed the night – she and Mac (Emily Weir) are back on.

At the Morgan household, Justin is making Leah breakfast. All is well until he notices the tingling sensation in his hand again. Covering it up, Justin doesn’t tell Leah – instead quietly researching the possibility the cavernoma is back as his anxiety grows… 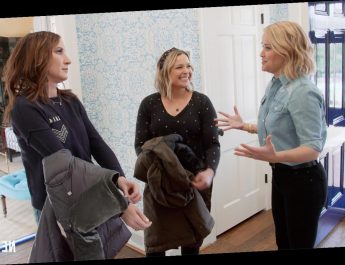