Home » Homes and Gardens » Spoilers: Smashed windows, birthday disaster and heartbreak in Home and Away

In the aftermath of Colby’s (Tim Franklin) arrest last week, those close to the cop are at breaking point. Although Angelo (Angelo Rosetta) is gloating about the huge bail set against Colby, he still manages to get out – but, with the trial looming, he’s finally beginning to give up hope.

Elsewhere, the Paratas continue to struggle, with a note from the gang strapped to a brick and thrown through their front window. When Ari (Rob Kipa-Williams) and Tane (Ethan Browne) realise they’re being forced into another job, they leave Nikau (Kawakawa Fox-Reo) out of the loop – but it isn’t long before he suspects the worst.

Jasmine’s (Sam Frost) also having a tough time this week, as Grace’s first birthday party looms and memories of Robbo (Jake Ryan) come to the surface. To make matters worse, not only does Christian (Ditch Davey) swoop in to save the day, but Jasmine and Tori (Penny McNamee) have bought the same gift for the little girl without realising.

There’s devastating news on the horizon for two men in Summer Bay this week. Owen (Cameron Daddo) is on the receiving end of bad news when Roo (Georgie Parker) finally gets up the courage to speak with him. Meanwhile, Justin (James Stewart) goes against medical advice to attend Grace’s party – only to collapse and reveal he can’t feel his legs…

Here’s what’s coming up on Home and Away this week.

A brick smashes through the Paratas’ window

Now that Nikau has been threatened by the gang, the Paratas are taking turns to keep watch on the house. There are no new unpleasant surprises, so they begin to calm down. However, one morning, Ari and Tane are talking when they are disrupted by a brick smashing through their front window. Tane retrieves it and takes the note attached to it before Ari notices. But will his brother realise something is amiss?

As he thinks about his next steps, John (Shane Withington) toys with the idea of setting up a profile on an online dating app. With the help of Ryder (Lukas Radovich), he sets up a profile with some smart new photos taken during an impromptu photoshoot. It isn’t long before his profile is live, and interest is immediately there. His phone is soon constantly going off, and when Marilyn (Emily Symons) sees him smirking to himself as he swipes through his messages, it’s clear she’s disgruntled.

Colby is released from jail

Angelo is thrilled with his arrest, gloating in front of Colby as he remains behind bars. He ensures that his bail is so big it would be impossible for him or his loved ones to pay it, then brags to Jasmine about how her friend won’t be getting out any time soon. However, Jasmine takes matters into her own hands and uses the gym as collateral to get Colby out. Reunited with Willow (Sarah Roberts), Dean (Patrick O’Connor) and Bella (Courtney Miller), Colby is full of appreciation toward Jasmine – and anger toward anyone he suspects could be the witness Angelo used to arrest him.

Tane has read the note attached to the brick and goes to meet Paul as requested. However, Ari suspects his brother is keeping something from him and tails him. Tane finds himself forced into doing another job, and Ari decides he won’t let his little brother do it alone. Ari asks Mac (Emily Weir) to let Nikau stay with her while they’re away, and she’s distraught about the danger the brothers are putting themselves in. Plus, Nikau soon suspects something is up when he’s sent to Mac – and he tells her to start talking or he’s involving the cops…

Tori is having issues with getting Grace’s party organised – mainly because she’s incapable of cooking an edible birthday cake. However, Jasmine is on hand to help her. In her possession is a special gift for Grace – an engraved bracelet so she can remember Robbo. When the party begins, Tori and Christian are center stage – which causes Jasmine concern. Is Christian replacing Robbo as the father figure? To make matters worse, Tori reveals her gift for Grace – the exact same bracelet Jasmine got her.

Justin loses feeling in his legs

After collapsing at home, Justin has been taken to hospital where he’s told immediate surgery is a must – or the tumour could grow so much, the damage will be irreversible. However, despite Leah’s strong words, Justin decides to wait until after Grace’s first birthday party to have the surgery. He withholds the update from Tori and behaves like nothing is wrong during the festivities – until he falls to the floor and says he can’t feel his legs.

Roo has difficult news for Owen

Roo has finally begun the tough conversation with Owen that she’s avoided since fleeing from him in the middle of the night. Martha tells her that the house is free for a few hours, so they make the most of their chance for intimacy. However, afterwards it’s clear Roo is even more confused than before. She eventually comes to the conclusion that she’s still in love with Evan, and so it’s time to tell Owen the truth. It’s over.

Angelo forces Taylor to speak against Colby in court

The witness list for Colby’s upcoming trial has finally been released, but the main witness who enabled Angelo to arrest Colby is simply referred to as Witness X in the document. Taylor’s (Annabelle Stephenson) name is also on the list, and she’s distraught. Colby runs into her on the beach, and she blames him for everything. She begs Angelo to remove her name, but the homicide detective is firm. As she involved herself with Colby so closely, now it’s time for her to help him take Colby down. 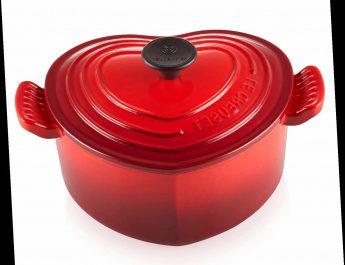