The Flipping 101 star, 39, and Selling Sunset realtor, 33, who are currently planning their wedding after getting engaged in July, are officially the new owners of a house in Newport Beach, California. But they never intended for it to be their home.

“Tarek originally bought it as a flip but then they decided to make it their new home," a rep for the couple tells PEOPLE.

But they’re not moving in just yet. Instead, they'll be combining their talents to give the home an HGTV-worthy makeover!

“It’s their first project together!" the source adds. "They have a lot they want to do with it and the house needs some work so they are going to continue to live in their current home until the new home is ready." The pair showed off their new digs on El Moussa’s Instagram Stories on Tuesday, explaining that they’re starting to work with a designer to figure out the exact renovations they’ll need to do.

“This is basically the blank slate,” Young says in a video, waving her arms to show off the all-white kitchen area with hardwood floors. The open floor plan leads into a living and dining room area, and a visible stairway leads up to a second level. The sneak peek continues on the rooftop, which El Moussa explains is “why we fell in love with this house.” The expansive outdoor space is decked out like another floor of the house, complete with stunning views overlooking the Pacific. “This is why we love this house: the ocean is right there,” the father-of-two adds. Young then points out an existing fire pit that will be “going,” and another one that they will be fixing up. She also mentions that they’ll be adding a Jacuzzi in the corner, and that their bedroom — or “adult room” as she calls it with a laugh — will have a door that leads to the outdoor space.

El Moussa and Young currently live in a rental house in Newport Beach. They moved into the home in April after quickly selling El Moussa’s "bachelor dad" pad — the first home that he bought for himself and his kids after splitting from ex Christina Anstead. El Moussa and Anstead share daughter Taylor Reese, 9, and son Brayden James, 5.

“This is our in-between house until we build or find the perfect house,” El Moussa told PEOPLE at the time, noting that it would be a great, family-friendly location in the interim, especially since it’s just a block from the ocean. At the time, they said they planned on staying in the home for “at least a year."

El Moussa and Anstead split publicly in December 2016 and finalized their divorce in January 2018, though they continue to film Flip or Flop together. Christina and her new husband, Ant Anstead, also live in Newport Beach, and the kids split their time between the two houses.

Last month, Young told PeopleTV’s Reality Check that she and El Moussa have not yet selected a wedding date, but that they are planning on having their ceremony somewhere on the beach in California.

“We’re thinking within this next year,” she said during the episode. “So probably summer 2021."

Last week, Young shared in an Instagram post that she had found her dream wedding dress, and would be announcing the designer soon. 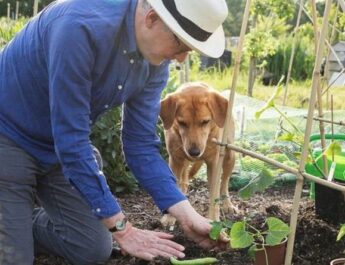 What to sow in your garden this August – full guide 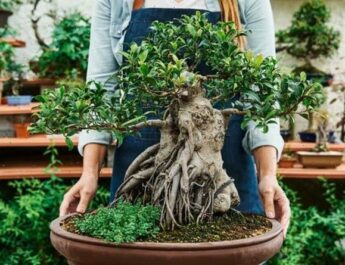