Home » Homes and Gardens » The Schitt's Creek Motel Has Officially Hit the Market — and It Could Be Yours for $1.6 Million Move over, Mr. Rose —  Schitt's Creek's Rosebud Motel is officially up for sale, and it could be yours for a cool $1.6 million.

Once a functioning motel in Orangeville, Ontario (about an hour west of downtown Toronto), the property has recently gained fame as the once-rundown motel in the fictional town of Schitt's Creek where the Rose family (played by Dan Levy, Eugene Levy, Catherine O'Hara and Annie Murphy) land after losing their fortune in the Canadian comedy series's pilot.

Jesse Tipping, the building's current owner, announced that he was preparing to put the non-operational motel — which has been used to house Canadian basketball recruits in recent years — on the market last fall. Now, PEOPLE can confirm that the 6.7-acre property is being sold for 2 million Canadian dollars (or approximately $1.6 million), listed with Robin McLuskie of Colliers.

Located along the Nottawasaga River, the motel features 10 rooms, each with a bedroom and en suite bathroom, as well as a two-story manager's suite, according to the listing. There's also a 700-square-foot detached cottage, which can be used as a suite, as well as a nearby stable that can house three horses or other livestock.

Tipping, the president of the Athlete Institute Basketball Academy and Orangeville Prep, one of Canada's most successful basketball prep schools, bought the property in 2011 as a place to house his recruits. He purchased it for $820,000, according to Deadline.

Schitt's Creek first premiered in January 2015, and Tipping says fans from across the world have come out in droves to see the famous facade ever since. (The interior shots of the Rosebud Motel were actually filmed in studios in the Toronto area.)

"We just kind of let them enjoy it because if they are not bothering anybody, people really get a kick out of it," Tipping told the Orangeville Banner in September, days after the show swept the 2020 Emmys. "They're always so happy to see the place." Schitt's Creek's production team rented out the motel for one month a year for six years, Tipping told the Banner, calling the crew "a great bunch to work with" who brought joy to the community. "They didn't just come in and do their thing. They interacted with the people around them," he said. The show's sixth and final season ended in April 2020, on CBC in Canada and Pop TV in the U.S.

When they weren't filming, the motel was quietly rented out on Airbnb — though guests may not have known the significance of their accommodations.

"We didn't advertise for you to come stay at 'Schitt's Creek' or the Rosebud Motel, but we actually used it for people who needed a spot when they were coming in to ski at Hockley or worked in the area for weddings or events," Tipping explained. "We were pretty consistently booked. It wasn't an expensive rental."

In addition to Schitt's Creek, the property has also been a set for various other productions, including the film A History of Violence, and TV shows Umbrella Academy and 11.22.63. 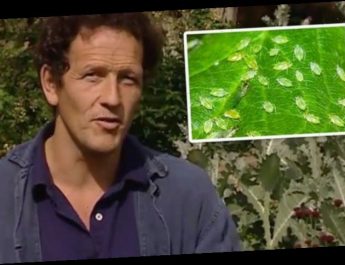 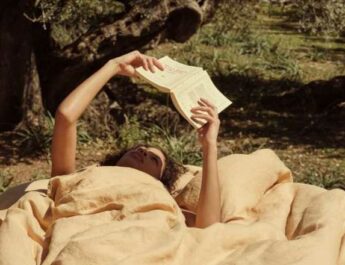 Best linen bedding for the comfiest (and coolest) night’s sleep