What began as a hobby for the Philadelphia-based OB/GYN and single mom of two has blossomed into a way to channel her creative impulses and lifelong passion for interior design, all on a more affordable scale (1:12, to be exact).

Speaking to PEOPLE over Zoom from her kitchen, where she sits surrounded by a veritable neighborhood of unique miniature homes, Roberts explains that her first dollhouse makeover was initially an elaborate Christmas present for her daughter, now 6.

"I didn't like [the one I bought] and so I gave it this makeover. I painted it and wallpapered it and I just had so much fun doing it that I literally didn't want to give it to her," she says with a laugh. "I would get up in the middle of the night and play with it."

That was when she decided to buy a mini home for herself, "to get all that creative energy out."

"I've always loved design," she says. Before discovering the expansive online community dedicated to miniature makeovers, her creative outlet "was to just update my house constantly. But obviously, it gets expensive. This way, I don't have to get a new [full-size] chandelier every six months or abuse my house, which is usually what happens with my projects."

RELATED: Chip and Joanna Gaines Take on a First-of-its-Kind Fixer Upper: 'Really Gave Me a Lot of Hope'

Roberts — who is self-taught in design and was ultimately inspired to go to school for an interior design certification after her dollhouse work went viral — explains that she's always had "an obsession" with redesigning spaces. "I see a commercial, and I don't know what they're selling because I'm looking at the kitchen. I go to a new space and I redesign it in my head. I've always been that way since I was a kid."

As an adult, that translated to designing homes — human-sized ones, initially.

"I've been a serial house buyer because of that. People will call that flipping, but I really wasn't. I was fixing [them] up and then getting bored and then I'd move and do it again."

As the cost of renovating her homes became increasingly prohibitive, so did the nature of the remodeling itself. There simply wasn't enough space to bring her visions to life.

"I was really feeling creatively stifled," she explains. "I want 17 kitchens!" But in the world of miniatures, there's more freedom to explore.

Now, whenever she sees a piece of furniture that she likes — something she can't afford or doesn't need in her home — she'll design a miniature room around it.

"My favorite part is actually having my vision come to life," she says. "I love doing the kitchens and bathrooms, I think, because it works with my right and left-side brains. They function but they're also beautiful."

Her swoon-worthy Instagram account, @tinyhousecalls, is a play on a design firm she'd dreamed up years ago called House Calls Design Group. "It's a play on the fact that I'm a doctor. The doctor's making house calls because your house is broken, your house is sick, so it's calling me for help."

RELATED: Get the Look of Stylish Celebrity Homes with These Pieces from Black-owned Businesses

Browsing the photos of her work, it's difficult to discern at first glance that they're not life-sized homes. The trompe-l'oeil effect is delightfully dizzying, and partially a result of the incredible attention to detail. Functional chandeliers, patterned backsplashes, modern furniture and objets d'art decorate her carefully curated spaces. Some of her projects thus far include a dreamy Spanish-style house, a coastal-inspired beach house and a "barndominium."

When it comes to sourcing her materials, Roberts tries her best to be thrifty. "Depending on the room, I make about half of the stuff," she says. "It's really hard to find modern-looking dollhouse pieces. If you find them on Etsy, they tend to be crazy expensive, which I understand, because they take time. But I'm not spending $400 on a sofa I can't sit on," she says with a laugh.

For everything else, it's mostly "craft store stuff. Nothing fancy. Lots of jewelry pieces and jewelry findings." She constructed the bed in her barndominium from popsicle sticks and free fabric samples.

To that end, she's hoping to launch her own line of dollhouse furniture line sometime this year. "Nobody wants to make the thing, they want to buy the thing," she says. "I'm trying to figure out a way that I can do it that looks good and is affordable."

As a full-time OB/GYN and single mom, it can be difficult to carve out time for her passion projects.

Miniature-making also just so happens to be an excellent quarantine hobby, Roberts points out. "It's a thing that you can do that's solitary. It's great during the pandemic: You don't have to go out, you can be in."

And while we all may be a little sick of our own homes after all these months cooped up inside, there's welcome escapism in delving into a miniature one that you can make-up however you'd like. Explains Roberts, " I think you can just sort of get lost in making these little worlds that offer an escape from all of the things that we are going through." 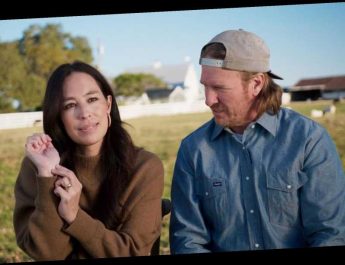 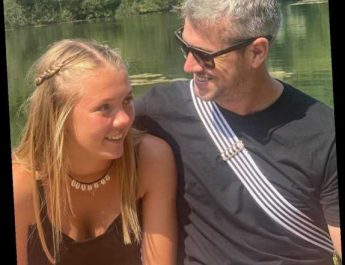 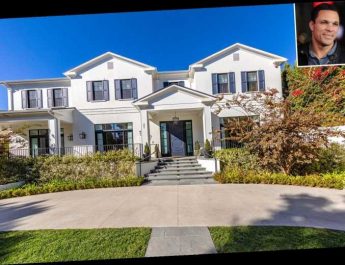