Anilkumar Kattil from Perinjanam in Thrissur lost his job as a tourist bus driver during lockdown, but finds happiness in his ‘public’ garden

Go past Ward 15 in the village of Perinjanam in Thrissur, Kerala, and you will come across a neatly maintained vegetable garden and a patch of paddy field flanking the road. Want to harvest a veggie or two yourself? Feel free, as Anilkumar Kattil has been cultivating them just for you.

For the past four years, Perinjanam native Anilkumar has been maintaining the roadside organic garden that transcends walls and boundaries. It was rather small earlier but the 55-year-old, who lost his job as a bus driver with a private tourist agency after the pandemic struck, says he found more time in hand to tend to his roadside garden. “I’m not really a farmer but I have great respect for them. I hardly have any land for farming around my house,” says Anilkumar, fondly known as ‘Kaatti’ among his circle of friends.

He initially started the practice after noticing some residents dumping waste by the road. “I cleaned up the waste, cleared weeds and started growing vegetables in grow bags. I continued with the cultivation after encouragement from the panchayat and other residents,” he says, adding that his intention was just to set an example.

Anilkumar spends some time in the morning and evening on their maintenance, which includes sweeping and trimming leaves or branches overhanging the road. “It is of utmost importance to ensure the garden does not come in the way of vehicles or pedestrians. I have kept a wee bit of distance between the plants and the road,” he points out. The plants are secured firm on the ground with brick roof tiles, while the paddy is helmed in with sticks and ropes.

Currently, his garden boasts brinjal, green chilli, ladies finger, ginger, turmeric and Chinese potato while it previously had capsicum, spinach, bitter gourd, snake gourd and pumpkin. “The paddy now growing along one side of the road was an experiment. It is jyothi variety, that I got from a nearby farmer. I’m happy it proved successful,” he says.

Apart from vegetables, the garden also has some ornamental flowering plants such as a few varieties of rose and nandyarvattam (crepe jasmine). Anilkumar believes that apart from harvests, this is a good way to beautify roads. “During Onam, the flowers came in handy for children who collected them to make athappokkalam (floral carpet),” he adds.

Anilkumar used to source seeds and saplings during his trips earlier, now well-wishers too offer some to him. Otherwise, he purchases them from a co-operative society.

There are those who are willing to pay for his produce, but Anilkumar says he never accepts money. “I tell them that there is no need to ask for permission, either since the garden is not on my private land. Sometimes, my only request in return would be to perhaps lend seeds or saplings they have that I do not have,” he says. There are times when he plucked some produce for his own kitchen for “sustenance.”

Anilkumar finds the “hobby” of gardening relaxing, and hopes to inspire more to take up farming. “I know what I’m doing is small, but I hope my efforts send a valuable message across.” 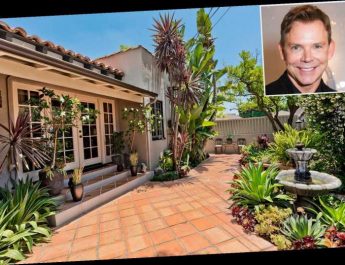 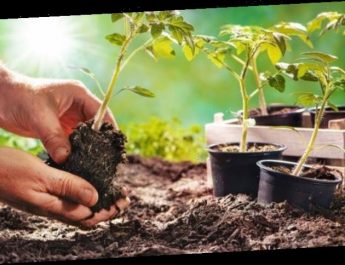 No dig gardening: How do you start a no dig bed?

The rise of room dividers