Home » Homes and Gardens » This 'Miracle' Air Purifier with Over 16,000 Perfect Ratings Is Under $100 on Amazon Right Now

Has a lack of fresh air made you pine for warmer days spent soaking up the sun in a tropical paradise? You're hardly alone. After all, with all that time working indoors, it's only natural that breathing in the same regurgitated air would begin to feel, well, stale. Instead of keeping the windows open throughout blizzards and 20-degree weather, try refreshing the home office, bedroom, or living room with a Levoit air purifier, which is currently marked down on Amazon.

This powerful air purifier is built with Vortexair technology, which not only creates stronger, crisp and clean air, but also covers more space: up to 219 square feet. It's been designed with three different kinds of filters, each of which has a different purpose. The HEPA filter removes 99.97 percent of fine particles, like pollen and dust; the activated carbon filter protects a space by absorbing smoke and fumes; and the pre-filter traps larger pollutants like pet dander. Listed as a number one best seller on Amazon, the Levoit air purifier has over 16,000 perfect ratings. Shoppers rave about how the life-changing machine allows for "a better night's sleep" and is "highly recommended for people with a lot of allergies." Many shoppers who live in parts of the world prone to wildfires say it's made a wealth of difference in their breathing capability, while others who suffer from asthma or allergies are shocked by how much better they feel just by running it for a few minutes.

"It works like a charm," one shopper writes. "This little powerhouse is something I wish I'd bought sooner. Every night for the past two years, I went to bed sneezing and wake up in the middle of the night sneezing and I sneeze til I throw my back out in the morning. Finally decided to try an air purifier. Saved the box because I wasn't expecting results, but it was like a miracle on the first night. Haven't sneezed in my bedroom at all since plugging in this air purifier."

If you're concerned that placing an air purifier in the bedroom might cause too much noise to sleep, don't worry: The entire thing barely makes a peep when sleep mode is selected, and the display can be turned off so the light doesn't shine overnight.

"Removes dust from the air before my very eyes!" another shopper says. "I've owned three air purifiers in my lifetime and despite being half as expensive, this Levoit is by far the most effective of the three. I live in an older house and dust is a big problem. Unlike my previous air purifiers, I can actually see the dust being sucked in through the device and into the filter, which is very satisfying. On top of being extremely effective, this air purifier is far more compact and attractive than any other I've owned. I'll never buy an air purifier from another company and you shouldn't either."

So if dust, allergens, and pet dander continue to plague you, this highly rated air purifier might just be the solution to help you breathe freely. Shop the marked down Levoit air purifier on Amazon before it reverts back to its $100 price. 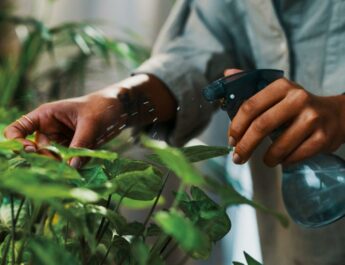 Are your plant’s leaves turning dry and crispy around the edges? Here’s how misting could help 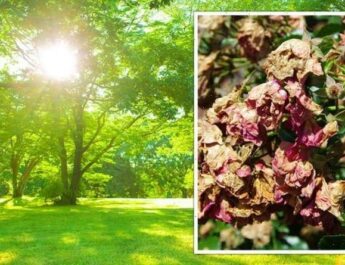 How to stop plants from burning in the summer sun