Alison Hammond had her Saturday morning plans unintentionally sorted for her after she suffered a disaster in her kitchen.

The This Morning star had some mess to clean up after a huge carton of milk exploded and spilled all over her kitchen floor – nightmare!

“My mum always used to say, ‘Don’t cry over spilled milk’… oh my gosh,” the TV star said as she revealed the damage to her pristine floors, before jokily wailing over the mess.

It was only recently that Alison moved into her new home in Birmingham with her son, Aiden.

Between hosting her own miniseries At Home with Hammond on the This Morning app and other live segments for the show, she has given fans a look inside her stunning kitchen.

When she whipped up her own banana bread recipe at Easter, she revealed the room is decorated with white walls and a combination of light and dark grey minimalist cabinets. She has two ovens built into one wall, and the cabinets wrap around to create a U-shape with an island at one end.

Alison has added her own touch to the room with string lights which she also has hanging around a display of her television awards in the living room, and a motivational wall quote that she keeps on top of her cupboard, reading “This kitchen is for laughing and dancing,” because Alison wouldn’t be Alison without a laugh and a dance.

When Alison first moved in, she gave viewers of This Morning a snapshot tour of the inside as she asked for advice from interior designer Kelly Hoppen. In doing so, she revealed that the kitchen, dining and living area are open plan, and she has a small white dining table with teal blue suede chairs below a mirror hanging on the wall. 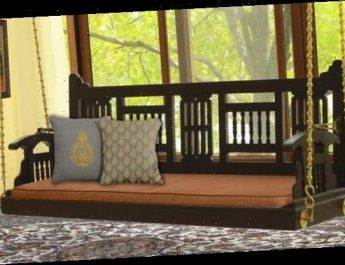 Swinging to all types of décor 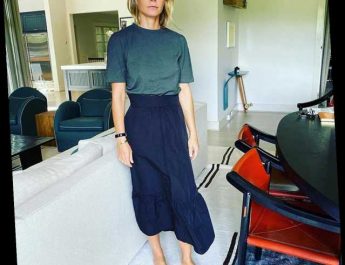 Celebs at Home: Gwyneth Paltrow Serves Looks in Her Living Room, and More! 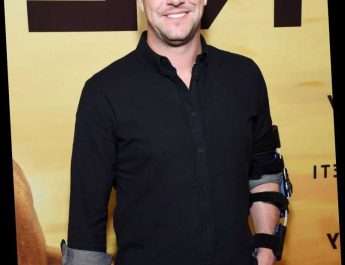