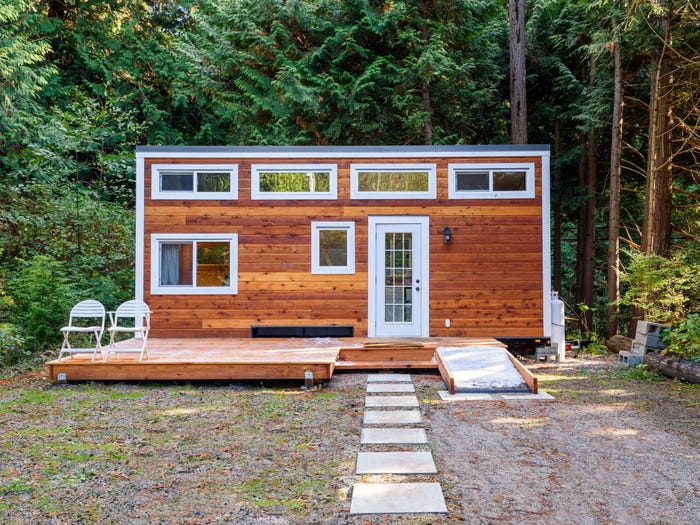 For many, the tiny-house movement is considered a freeing lifestyle, one where you leave traditional housing behind and live on the open road instead. The reality can be much more restrictive.

Tiny-house owners all over the country are learning that their new homes are considered illegal and can't be parked in most places thanks to local zoning laws.

According to the Financial Times, there are about 10,000 tiny houses in the US, and 15.5% of tiny homes are located in California because it is the most tiny-house-friendly. As for the rest of the country, homeowners told Insider they are experiencing pushback from strict zoning boards and are contending with confusing rules.

For starters, in most areas, tiny houses are too small to be considered permanent dwellings

Zoning codes are passed and enforced by local governments, which means they vary greatly throughout the US, and any dwelling must be built with these codes in mind. One major problem is that most codes have a minimum square-footage requirement for homes.

"Most municipalities require 700 or 1,000 square feet for the minimum size of a house," Dan Fitzpatrick, president of the Tiny Home Industry Association, told Insider.

The problem is that tiny houses by definition are under 400 square feet, making them uninhabitable for full-time living in most parts of the country.

This rule differs from state to state. For example, in Oregon, there are no minimum square-footage requirements, making it relatively easy to own a tiny house, while in Durham, North Carolina, a single-family home must be at least 400 square feet, bigger than a traditional tiny house.

To make matters even more complicated, the zoning codes even differ from community to community. In Wilmington, North Carolina, someone can live in a tiny house if it's at least 150 square feet. Just 200 miles away in Winston-Salem, North Carolina, a tiny house must be on a foundation, and only a relative or caretaker of the property owner can occupy it.

The zoning requirements that differ drastically throughout the US restrict the number of places tiny house owners can call home full time.

Another key issue: Tiny houses on wheels are considered RVs in the eyes of local governments

Since there is no universal definition of a tiny house in most zoning codes in the country, they are classified as recreational vehicles. There are a few problems with that.

For starters, RV parking is extremely restrictive. Most local governments only allow RVs to be parked in certain locations, like RV parks or campgrounds, making it impossible to park a tiny house in a backyard or on a private piece of land and live in it full-time.

Secondly, RVs are also not considered inhabitable for full-time living, so many municipalities limit the number of days a person can live in their tiny house.

"There are some places where you build a tiny house and put it in an RV park, and they won't let you live there for more than 90 days or six months at a time," Fitzpatrick said. "These are issues that need to be dealt with."

Fitzpatrick added, "Municipalities need to recognize that movable tiny houses are a totally different animal than a recreational vehicle. The way you do that is you write in your local ordinance a definition for a movable tiny house to distinguish it from a typical RV."

Some tiny houses can be considered accessory dwelling units, but those regulations differ greatly, too

Accessory dwelling units — also known as ADUs — are structures that exist on a property that already has a main house. The Tiny Home Industry Association has been working to categorize tiny houses as ADUs in states so that people could park their homes on private properties.

So far, cities like Los Angeles, San Jose, San Jose, and Fresno have taken this route, sometimes calling them a granny flat or a backyard cottage.

Moving your tiny house to one of these municipalities that allows tiny houses to be ADUs is a great alternative, but there are some restrictions and some confusing guidelines there too.

In some places, the ADUs must be on a foundation, even though most traditional tiny houses are built on wheels. Some places in North Carolina, for example, require the tiny house to be occupied by a family member or someone who works in the larger home.

What does all of this mean for tiny house owners?

As Insider previously reported, tiny-house owners across the country have been forced out of their living situations or have struggled to find a place to park their tiny houses legally. Brianna O'Brien, for example, was forced to move out of her tiny house that she parked on her parents' property in Hampton Falls, New Hampshire, after the local zoning board said it violated zoning ordinances.

In some cases, owners choose to live under the radar — a lifestyle that comes with considerable stress, as they could be evicted at a moment's notice.

To avoid these headaches and to ensure your tiny house is legally parked, you must do your research first. Read through your municipality's zoning code and see if they mention tiny houses. If they don't, you will have to work with the local zoning board to pass tiny house-friendly codes or look elsewhere for legal parking. 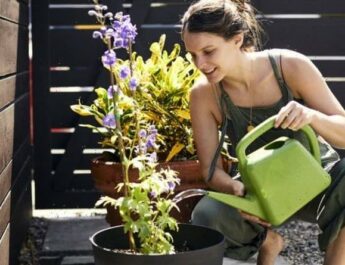 Save water when gardening – try NEW watering techniques or irrigation 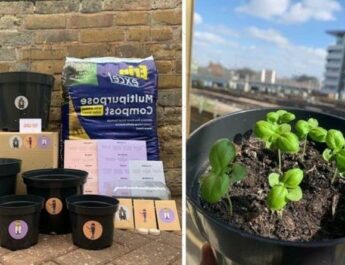