Home » Homes and Gardens » Two-Time Cancer Surviver Tarek El Moussa on What Battle Taught Him: 'I Want to Live for My Kids'

Tarek El Moussa is taking part in Movember to help raise awareness for men's health issues like prostate and testicular cancer. The movement encourages men to grow out their mustaches for the month of November to show support.

Speaking to Daryn Carp on an episode of People TV's Reality Check, the Flip or Flop star — who survived both testicular cancer and thyroid cancer — stressed that men need to pay attention to their bodies.

"Some of the statistics are shocking. One in nine men will get prostate cancer in their lifetime and a lot of times it’s preventable. Another statistic that was shocking to me is that the highest occurrence age of testicular cancer in men is 18 to 34," he said. "Young men have no idea they are at the highest risk."

El Moussa then spoke about the importance of men also doing self-checks. "With testicular cancer, it’s literally a 3– to 5-second self-check in the shower can save your life," the HGTV host explained.

Asked why more he thinks men aren't aware of the need to do self-checks, he said, "It’s just men being men. We’re raised to keep things in and be quiet and be strong, and a lot of times that’s what we do . . . I haven’t talked to many other men about this, but I never had anyone tell me to check myself, and even they did tell me to check myself, what am I checking for? I don’t even know what to look for." He encourages others to visit the Movember website to learn the answer. "They’ll teach you how to do a self-check. It’s really important because there are people out there today that are gonna get testicular cancer, like it’s gonna happen. And if they find it sooner, the odds of survival are just so much greater," he added.

El Moussa’s personal cancer battle started in 2013 when a Flip or Flop fan who was also a registered nurse noticed a lump on his neck and wrote to the show’s producers to say she thought the HGTV star might have thyroid cancer.

She was right. After being diagnosed, El Moussa decided to go through his old medical records for any other irregularities and found an irregular testicular exam from two years earlier. He decided to get further testing and was also diagnosed with testicular cancer.

El Moussa then took a few weeks to process his diagnosis but eventually scheduled his surgeries and radioactive iodine therapy in order to successfully beat the cancers. In 2020, the reality star says he feels "healthier than I’ve ever been in my life."

He is also gearing up for his wedding to fiancée, Heather Rae Young, in summer 2021. He popped the question to the Selling Sunset realtor on July 25 while the couple was celebrating their one-year anniversary with a boat trip to Catalina Island, California.

According to El Moussa, Young has also been a positive influence on his health throughout their relationship.

"Heather has made a lot of changes in my life. She feeds me, cooks for me, she tells me what to eat, she makes sure I’m taking my vitamins. She’s all over it," he said.

Visit Movember.com or download the app to create a profile and get started. 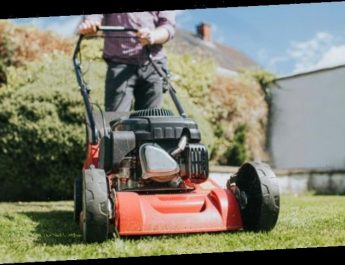