Home » Homes and Gardens » WATCH: Lorraine Bracco Admits ‘I’m In Over My Head’ After Buying $1 Home in Italy in HGTV Debut

Lorraine Bracco will be the first to admit that she’s better trained as an actress than a contractor — so she found herself a little out of her comfort zone when she began renovations on a pair of crumbling Italian villas.

Last month, PEOPLE exclusively announced that the Sopranos and Goodfellas star, 65, had taken a leap of faith and purchased two neighboring homes for just 1 euro (about $1.18) each in Sambuca, Sicily. The tiny price tags can be attributed to a recent trend in which small towns in Italy are selling vacant homes for very little in an effort to repopulate rural communities.

Bracco will be documenting her entire experience in a new show for HGTV, My Big Italian Adventure, premiering on October 30, and PEOPLE got a sneak peek at all the action in the exclusive clip above.

“So a few weeks ago I bought two houses in Sambuca di Sicily, and the renovations have been extreme,” the actress says in the clip, which shows off the gorgeous views from the hilltop town, which is located on the island just off the “toe” of Italy’s boot. Sambuca appears to be a dream come true — until viewers see the dilapidated stone walls Bracco is hoping to turn into a vacation home there.

“One euro, what did I expect?” she says as a team of renovation experts come in to give her some guidance after finding that her 1,075-square-foot, 200-year-old property is crumbling from the inside out (the walls, floors, and roof are all deteriorating) and has no electricity or running water. “This is a big boy renovation,” a contractor admits, giving Bracco some estimates that are way more than one euro.

“I think there are professional people that know how to do this, and it doesn’t bother them that they have no roof or window,” she jokes at one point, sitting on a bucket and looking up at where her ceiling should be. “I am definitely in over my head.”

Despite all the work that has to be done, and the many challenges Bracco is forced to overcome, she says, “It’s an adventure and I’m thrilled.” (And a few glimpses of the finished property seem to point to the effort being more than worth it!) Sambuca's one-euro real estate initiative was created by the town's mayor as a way to bring a resurgence of citizens back to the historic town, which has seen much of its younger generation leave for bigger cities such as Palermo, the capital of Sicily, in recent years.

There is one big catch, of course: the program requires that the centuries-old homes be renovated within three years of purchase, ensuring that those that buy them do intend to help breathe life back into the town.

With the help of an architect, contractor, translator and several friends new and old, My Big Italian Adventure follows Bracco as she guts the home and works to finish the renovations within the time frame stipulated by the town.

Fans will watch as the actress turn the old house into a place she and her family can call their Italian retreat for years to come, honoring her family history along the way. 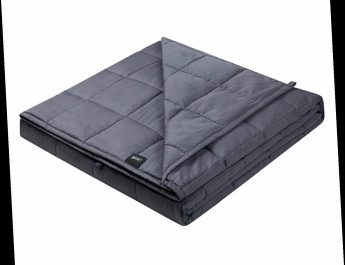 ‘Left with green tomatoes!’ Monty Don shares how to ripen tomatoes after ‘too hot’ summer 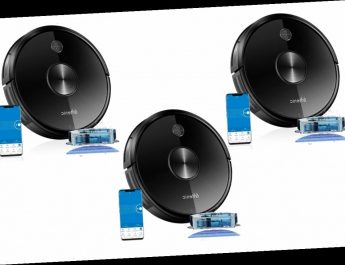 This Robot Vacuum-Mop ‘Professionally’ Cleans Floors, and It’s $120 Off on Amazon If You Use a Secret Code