A deserving family of eight just got the surprise of a lifetime — thanks to their favorite HGTV stars!

Back in February, Drew and Jonathan Scott teamed up with home security company ADT for a contest called Pass the Protection to give one winner a home makeover from the twins worth $250,000 and a new home security system.

Now, PEOPLE can exclusively reveal the winning family has been chosen.

After sorting through more than 11,000 applicants, the Property Brothers stars selected the Moffitt family of Southern California to receive the grand prize, after parents Jeff and Amber submitted a video sharing how the renovation could make life better for their six kids — three of whom are adopted, and two of whom have special needs.

In the video above, provided by ADT, the handy brothers surprise the entire family via video chat. “Honestly, there were so many incredible entries from all over the country, but I think what really stood out about the Moffitts was this complete sense of selflessness,” Jonathan tells PEOPLE of Jeff and Amber, who have been living in the same small home for 12 years, despite their family doubling in size and requiring extra space for the kids’ speech and mobility therapy. “As soon as we ask a question about the kids, their smiles light up,” Drew adds. “It’s really special to know that this is a family who, despite the struggles that they knew they were going to go through, were willing to do it anyway.”

With their $250,000 budget, the brothers will focus on renovating two main areas of the family’s home: the tiny kitchen and the carport, which will be converted into a full-time therapy room.

“They really have no storage at all, they have no island, and they have nowhere for the kids to sit at a breakfast bar,” Drew says of the kitchen. “And converting their carport into a therapy room will allow the therapy professionals to come in without further invading the main part of the house. It gives them a dedicated space.” “These two key areas I think are going to really improve everything,” Jonathan says.

The security system provided by ADT (the brothers are also spokespeople for the company) includes indoor and outdoor cameras, a video doorbell, a smark lock, voice controls and more that will help put the family at ease — especially in the wake of two major earthquakes that hit the area earlier this year, forcing them to evacuate their home.

“Amber was saying that their biggest frustration with evacuating was they didn't have any security system,” Drew says. “They had no way to monitor their house, and they felt so off because they didn’t know what was going on with their home — they didn't have that sense of security. So we’re excited to give that to them.” The brothers visited the family’s home in September to do a walkthrough and finalize the renovation plans — and the kids were just as excited as Jeff and Amber to welcome them.

“Apparently this morning, in anticipation of our arrival, the kids woke up like it was like Christmas morning,” Drew says with a laugh. “It was 4 AM, the kids were all up, they were excited about what they were going to say and do. They had all kinds of ideas for how to fix the house up.”

Drew adds: “They've definitely been watching our shows as well, because their sons Jesse and Willis every two seconds were asking us a question about Brother vs. Brother or Forever Home. Like, ‘Remember this episode when you pushed Jonathan in the ocean?’ So they're pretty excited.” And while there’s still a lot of work to be done before the home is complete, the twins are so honored to have had the chance to meet this family, and to use their talents to make things a little easier for them.

“Every family is unique and every family deserves to feel safe and secure in their home,” Jonathan says.

Drew adds: “The Moffitts truly are an amazing family, and you're going to see that.” 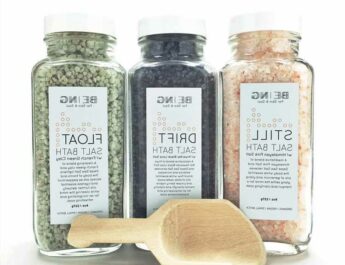 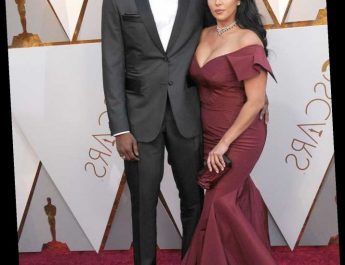 Kobe and Vanessa Bryant's Former Irvine, Calif. Investment Home Back Up for Sale for $2.6M