Home » Homes and Gardens » WATCH: Things Get Spicy Between Christina Anstead and Tarek El Moussa on Flip or Flop: You ’Almost Killed Me!’

Everyone in Tarek El Moussa’s life is trying to get him to eat healthier — and judging by this week's episode of Flip or Flop, the real estate expert, 39, is having none of it.

At home, his fiancée, Selling Sunset star Heather Rae Young, follows a vegan lifestyle, and at work, his ex-wife, Christina Anstead, with whom he films the hit HGTV show, is a health and wellness enthusiast (and author!).

In an exclusive clip, above, Anstead forces El Moussa to put down his burrito and instead throw back a turmeric and ginger shot she brought for him — and things get, well, pretty spicy.

“You know I hate those!” El Moussa complains to Anstead — with whom he shares daughter Taylor, 10, and son Brayden, 5 — when she arrives at the site of a home they’re renovating telling him she was late because she stopped at a juice bar.

“This one’s good, it’s healthy,” Anstead, 37, tells her ex, who makes a gagging noise upon smelling the vibrant yellow liquid.

“How do you drink this crap?” El Moussa replies.

Turmeric and ginger have anti-inflammatory, antioxidant and immune-boosting properties — but anyone who has ever taken a straight shot of either knows they can also be intense to drink.

The former couple says cheers and knocks them back, with Anstead trying to mask a pained face and El Moussa moaning in agony. “Whatever turmeric is, that was like the nastiest stuff ever,” he says to the camera. “I don’t know why anyone would purposely drink that.”

As they head towards the house, Anstead observes with a laugh that El Moussa sounds a little hoarse. “I think the shot did something to your voice,” she says.

“Yeah, it’s disgusting, I can’t even breathe right,” he retorts. Anstead and El Moussa have co-hosted the HGTV renovation show since 2013. The pair split publicly in December 2016 after seven years of marriage, finalizing their divorce in January 2018.

El Moussa got engaged to Young, 33, in July after one year of dating, and they are currently designing their dream home in Newport Beach, California.

Anstead, meanwhile, shocked fans in mid-September when she announced her split from her husband of less than two years, Ant Anstead, with whom she shares son Hudson London, 1.

Ant revealed last week that he was taking part in a 5-week "breakup recovery" program following the end of the relationship, calling it a "lifeline." On Monday, he shared that he had lost 23 pounds amid the split.

Recently, Christina got nostalgic on social media, reflecting on how she and Tarek got their start on Flip or Flop ahead of the Season 9 premiere on October 15. 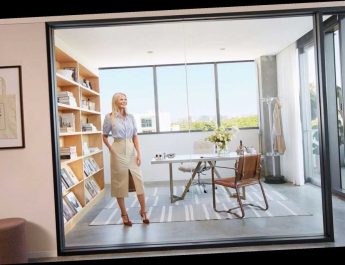 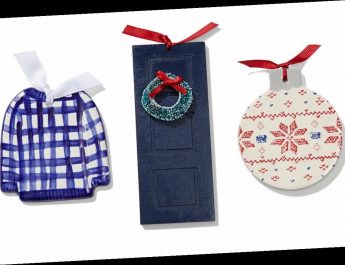 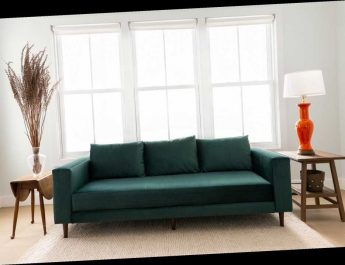