Home » Homes and Gardens » When Does Daylight Saving Time End? Time to Fall Back! It’s almost time to fall back!

Daylight saving time (commonly called daylight savings time) ends this Sunday, November 1 at 2:00 a.m. And yes, this is the one where you gain an hour of sleep. Don’t forget to set any clocks that aren’t on a smart device behind one hour before heading to bed on Saturday night.

This year is the 102nd time the United States has practiced daylight saving time.

It was first enacted in the spring of 1918 by the federal government as a way to conserve coal (by adjusting "daytime hours" to maximize daylight, people would consume less energy with artificial lighting at night) during World War I, and was only meant to exist during wartime. The practice technically ended later that same year, but many regions continued to follow it, until eventually the government officially put the measure back in place in 1966.

RELATED: The Most Adorable Autumn Celebrity Celebrations of 2020

The next major change came in 2007, when the Department of Transportation (DOT), which is in charge of the practice, expanded daylight saving time to officially encompass about eight months of the year, according to USA Today.

The DOT was assigned the responsibility because the switch affects so many modes of transportation. The agency continues to observe the twice-yearly time swap because it reportedly saves energy, cuts down on traffic accidents and reduces crime.

Individual states have the final say on if they participate, though. Hawaii and most of Arizona do not — the latter because it receives so much sunlight already. The islands of American Samoa, Guam, Puerto Rico and the Virgin Islands abstain as well.

The reason why daylight saving time starts at 2:00 a.m. in the U.S. (rather than midnight) is because of railroads, according to Time: When the country first enacted the practice in 1918, there were no trains that left New York City at 2:00 a.m. on a Sunday, so it was decided that time would interrupt train travel the least.

According to USA Today, 26 states are considering making daylight saving time permanent, starting with Florida, but this change would require approval by Congress.

Texas, on the other hand, is considering forgoing DST all together and using standard time year round.

President Trump tweeted his take back in March 2019 that making daylight saving time “permanent is O.K. with me.”

It's not evident whether the practice of daylight saving time actually does conserve energy as intended.

Britain went through an experimental period starting in 1968, when they decided to turn their clocks forward and not turn them back to see whether they could assess the advantages and disadvantages of daylight saving time, but ended their experiment in 1971 because their findings were inconclusive, according to the Royal Museums Greenwich.

As for the U.S., it turns out that it’s not actually saving as much energy as thought, especially with the advent of air conditioning — but at the very least, the extra hour encourages more time outside. And whether you spend that working out or sipping cocktails on the patio, a little more sunshine is never a bad thing.

On the other hand, the American Academy of Sleep Medicine released their position statement in October, which calls for daylight saving time to be canceled going forward because of the health risks it imposes. The professional society that advances sleep care and health states that eliminating seasonal changes for a national, fixed year-round time will best align "with human circadian biology" and will provide "distinct benefits for public health and safety."

"We've had evidence slowly building up over the years, in terms of the adverse effects when we move from daylight saving time to standard time, and vice versa," AASM President Dr. Kannan Ramar, a sleep medicine specialist at the Mayo Clinic, told CNN in September. Those adverse effects may not only impact your cardiovascular health, it can also cause medication errors and put a strain on your mental health as well, according to the outlet.

The best way to combat these issues is to prepare early, and slowly ease into your new sleep routine.

"You already know it's coming," Ramar told CNN. "A few days to a week prior to that, slowly shifting your schedule to that time frame is going to be helpful."

So until your state can come to a conclusion about whether to abolish spring forward and fall back, do your best to make a steady transition into your new sleep schedule and enjoy your extra hour until next year. 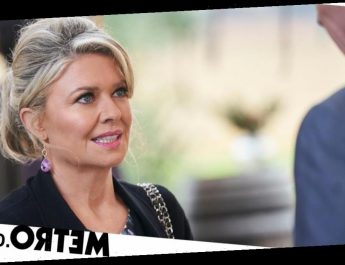 Home and Away spoilers: John and Marilyn split amid stroke trauma 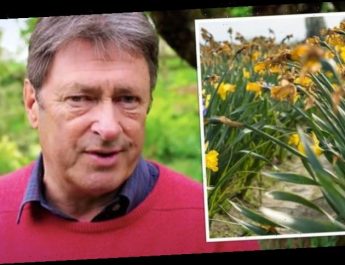 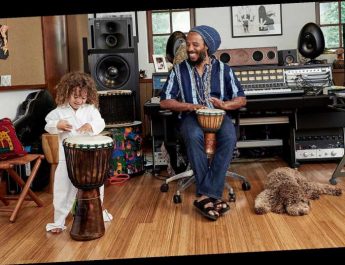