Whether you’re growing Victoria, Avalon or Blue Tit plums, pruning should be done yearly to keep a healthy plum tree in your garden. Timing is everything when it comes to pruning your garden plum crop to avoid disease or damage which could compromise your summer supply of home-grown plums – and this is when you should be doing it to secure a bush-load of these sweet fruits ahead of the summer.

Why you should prune plum trees

Unlike its fruity relatives, the plum tree requires less meticulous pruning than the likes of apple and pear trees.

It is important to thin plum trees to remove weak or dead wood, which may use precious growth-energy instead of channelling it to newer growth.

Plum trees benefit from thinning to keep a secure structure which can bear the weight of a fruitful crop each summer.

Pruning your plum tree back to its newest and healthiest growth will secure a rich display of plums in your garden for the summer ahead.

When to prune a plum tree

When it comes to pruning techniques, the plum tree requires very similar treatment to other fruit trees, and is easily done with a pair of secateurs for a strong and supported crop.

Unlike apple or pear trees – which are a British favourite in gardens right across the country – the plum tree is susceptible to silver-leaf.

Timing your pruning right is essential to keep silver-leaf at bay and should be done early in the spring for an intact crop.

According to the Royal Horticultural Society (RHS), the spores which cause silver-leaf are released mainly in the autumn and winter months under damp conditions, which is why it is always recommended to prune susceptible trees in summer when silver leaf spores are less abundant.

For a younger plum tree, take time during the spring to prune dead or weak wood and damaged leaves on your fruit-bearing crop.

April is a good time to tackle some plum-tree pruning as the weather begins to warm up ahead of the summer months.

Aim for a mid-summer prune for more established plum trees during July, when the air is warm and the fruit is ripening.

For overcrowded or vigorous growers, a second thinning can be done in July, following an early-spring prune.

How does silver-leaf affect plum trees?

Airborne spores of silver-leaf fungus are released from the bracket-shaped fruiting bodies found on dead branches.

“The fungus grows down into the wood and kills it, producing a dark stain.”

The disease is characterised by a silvery sheen on leaves which is caused by a toxin produced by the fungus carried upwards in the sap stream to the leaves.

How to prune your plum tree

For a newly planted plum tree, prune in a similar fashion to apple and pear trees, doing so in April.

For a new, pyramid plum crop you should prune in April and repeat in July.

After the first summer and thereafter, prune during April by shortening the central leader by two-thirds.

The RHS recommended repeating this annually until the tree has reached eight feet on a ‘St. Julien A’ rootstock, or six feet for ‘Pixy’.
When it has reached the recommended height, shorten the central leader to one inch or less each May, to keep the tree at the same height.

Vertical shoots at the top that compete with the central leader should be removed in late June for pyramid plums.

Festooning is effective for pyramid plums and involves the tying down of young, flexible branches. 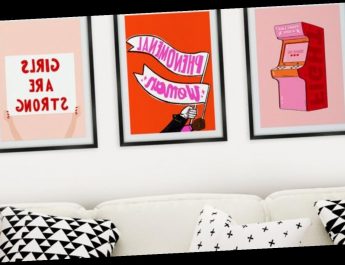 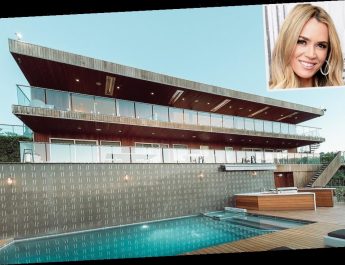 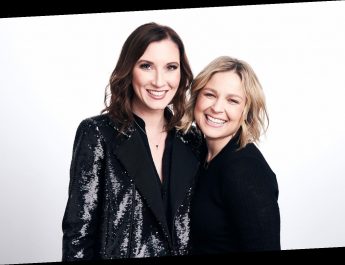 The Home Edit's Clea and Joanna Share How to Survive (and Thrive!) in This Weird Holiday Season