Home » Homes and Gardens » Windy City Rehab’s Alison Victoria on Finding HGTV Fame: ‘I Always Knew Exactly What I Wanted to Do’

Alison Victoria’s HGTV series Windy City Rehab may have just premiered its second season, but that doesn’t mean the home reno star is new to the business.

Born Alison Victoria Gramenos and raised in Chicago, she was interested in the design industry from a young age. Even as a kid, “My best friend, Britt, who lived right down the street, we ended up ripping up her carpet to get to the hardwood floors,” Victoria, 39, says in the latest issue of PEOPLE. We wound up painting her whole bedroom peach and DIYing different things and moving furniture around.”

Victoria studied interior architecture in college in Las Vegas before starting her own design company. When the DIY Network put out a call for a behind-the-scenes designer for their home reno series House Crashers, she landed the off-camera gig.

After the series became a fan-favorite, the network created multiple spin-offs, all of which had male hosts. “It was all dudes and I was like ‘Where are the women?’” she recalls.

Victoria pitched the idea of herself as the first female “crasher” redoing kitchens. “That was it. They were like, ‘You’ve got a new show,’” she says of her first hosting job on Kitchen Crashers.

Later, when Victoria flipped her own house in Chicago and filmed the entire process, the experience gave her an idea for a new show set in her home town.

“I wanted to show the truth behind the build—without all the smoke and mirrors,” she says. After pitching the idea to HGTV, the network premiered Windy City Rehab on Jan. 1, 2019.

The season two premiere on September 15 attracted more than 5 million viewers, both for the incredible makeovers and the drama. (Victoria and her former business partner Donovan Eckhardt made headlines between the seasons due to some professional and legal woes.)

But Victoria is determined to bounce back stronger than ever.

“I really knew exactly what I wanted to do in life,” she says. “I don't think I ever thought that I would be doing it this way, having this many people watch, but I love it. I always dreamed of being a designer.” 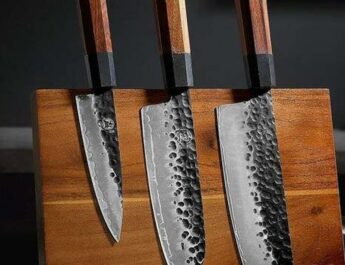 These are officially the chicest knife racks money can buy 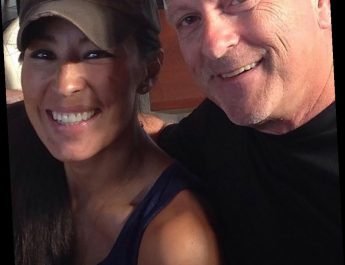