The official first day of summer is nearly here, which means stocking up on swimsuits, maxi dresses, and of course, cooling fans. If you're looking for a cost-effective way to cool down the whole room, consider the ultra-popular Lasko Oscillating Tower Fan that's on sale right now ahead of Amazon Prime Day. Reviewers say it'll literally "blow you away."

Although Prime Day 2021 is just around the corner, you don't have to wait to get in on some seriously good deals because Amazon is already discounting thousands of dollars on fans and air conditioning units, including the Lasko tower fan that's 15 percent off with a hidden coupon. And Amazon shoppers say it is "worth every penny." Perfect for warm summer days, the Lasko tower fan is totally customizable to cool you down "within minutes." It has three speed settings that can be adjusted via a small remote control and has an auto-off timer (up to 7.5 hours) that saves energy.

Most importantly, this tall tower fan has an oscillating design that blows cool air to bring the temperature down in the entire room. You'll also love that this slim tower fan is ideal for smaller homes, though shoppers say its tall 42-inch height is perfect for heat relief while sleeping on the bed. Plus, reviewers say the fan is really quiet, making no more than a bit of white noise that some say is "soothing."

And when you're ready to snooze, just start up its nighttime setting to decrease the air intensity throughout the night and dim the control lights for a peaceful sleep that's cool and comfortable.

RELATED: Shoppers Say This Mini Clip-On Fan Is the 'Most Powerful' One They've Used, and It's on Sale

Amazon shoppers are absolutely obsessed with the Lasko tower fan, saying it's so powerful that they don't even need an air conditioner, while others believe it is "literally sent from heaven." The best-seller with over 18,700 five-star ratings is so beloved that people are even buying a second one for other parts of their home.

"I come home to a house that is roughly around 84 degrees Fahrenheit at 5:30 in the evening, so I needed a little help with cooling off," writes one Amazon reviewer who lives in Louisiana. "Within five minutes of turning this thing on, it was like an angel had come down from heaven and began to personally blow cool air on my face. I was genuinely close to tears."

"Wow do I love this fan," writes another who lives in an apartment without central AC. "Southern California summers are hot! But within 10 minutes of turning this on, the living room significantly cooled down. I don't know how this is possible considering that it's a fan and not air conditioning, but it does."

With this early Prime Day deal, you can get the powerful Lasko cooling oscillating fan on sale for less than $55. 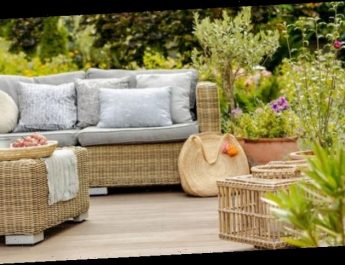 Garden sofas: The 6 bestselling outdoor sofas and sets on Amazon 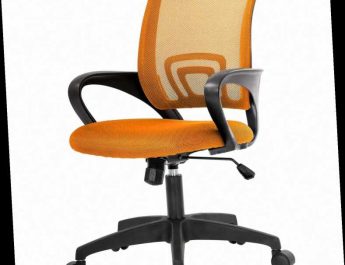 Over 10,000 Shoppers Deem This Ergonomic Desk Chair a Home Office Essential — and Prices Start at Just $54