Home » Homes and Gardens » YouTube Star Bryan Lanning on His Family's Extreme Home Makeover: 'We Went from 4000 Sq. Ft. to 250' There was a moment during the pandemic when YouTube star and budding country music artist Bryan Lanning looked around his spacious California home and decided to make a change that would forever change the trajectory of his family.

"We went from 4,000 square feet to 250 square feet, and we are doing great," laughs Lanning, 31, in an exclusive interview with PEOPLE from the famous family's 28-foot travel trailer that they now call home. "We were living with my in-laws and we still have some of our stuff there, but here in our trailer, we have everything we need."

It was just this past January when the Lanning family sold their sprawling California home that they had lived in for five years in favor of a travel trailer. And while most people did not go to such extremes over the course of the pandemic, many are finding that their ongoing work-from-home arrangement might be lasting far longer than they ever thought. And with that comes the realization that home can really be anywhere you want it to be. "The pandemic really helped us sort out a lot of priorities as a family and reminded us of what's really important," says Lanning, whose YouTube channel Daily Bumps has over five million subscribers and over four billion views in its eight years of existence. "The fact is that we can do whatever we want to do, wherever we want to. Having that freedom to work from home…I mean, we are always connected via our laptops or our phones. I just think we were so naïve to that over the years because we felt like we needed to have this place of security, but it ends up that we now feel more free than ever."

Lanning, his wife Missy and their two sons Ollie and Finne made the move with the hopes that they would get to spend more quality time together while, at the same time, gaining the freedom to embark on new and exciting experiences pretty much anytime they wanted to.

"We were up in that big house for so long, and we started feeling like it was holding us back," says Lanning. "We wanted to travel with our kids and show them what the world has to offer and being up there in that big ole house all alone just pulled them too far away from it. So, we are just waiting to see what God has in store for us." For now, God seems to be pointing the Lanning family towards a time of travel, including frequent weekend getaways.

"We are seriously thinking about travelling for the next six months, maybe going camping in California and visiting family in Idaho," Lanning says, his voice trailing off excitedly with every plan he lays out. "We really don't know and that really was the whole point. We wanted to sell our house and have all the options at our feet for the next year to just do whatever we are led to do."

Of course, with two kids in tow constantly looking to Mom and Dad for a clue as to what's next, the couple's indecision regarding exactly what their plan might hold could be unsettling for some, but not for the younger Lannings.

"They are two of the most resilient boys I know," Lanning says. "There is a lot of uncertainty right now and we certainly don't want to put that on our kids. We are confident we will make that decision soon." But how soon is the question.

"We definitely want to have a decision by summertime," explains Lanning, who is currently considering buying another home with Missy either in Tennessee or California. "The kids love to swim, so we want them to have somewhere to swim every morning. We just don't know exactly where that is at the moment. I love the Tennessee summers, and my wife loves the California summers, so we will just have to wait and see."

While they do just that, Lanning continues his music career, a career that has certainly been bolstered by the unwavering support for the family over their various social media channels. And yes, the family's recent move seems to fall perfectly within the music Lanning is currently creating, including his current song "Walls." "When I wrote 'Walls,' we had no intention of selling our home," admits Lanning, who recently released a cover of Drake's 2013 hit song 'Hold On, We're Going Home.' "But now, I look at 'Walls' paying homage to the home we once knew. It's a house that turned into a home where we grew up and had fun parties and made business decisions. We loved that house so much that there were times that we thought we would live there forever. That song is for every house that you lived in and filled with love."

This underlying premise made the music video for "Walls" even more emotional for Lanning.

"There is a scene where I am looking back at an empty house, and I did that in real life two weeks later," recalls Lanning. "Those moments are so surreal and filled with so many emotions. We were constantly asking ourselves, 'are we making the right decision?' It was so hard to leave, but when we did leave, all the memories and those emotions and that love came with us, and I don't think that's what we were expecting. I think all of this has shown people what really matters in terms of what a home is and what it could be." 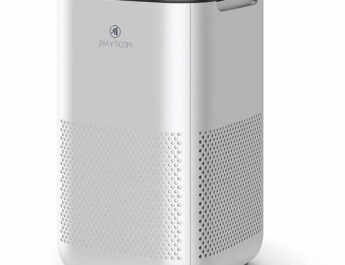 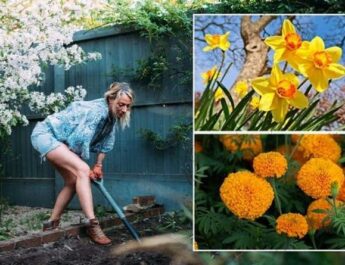 Five flowers you should sow next week – tips for September plants