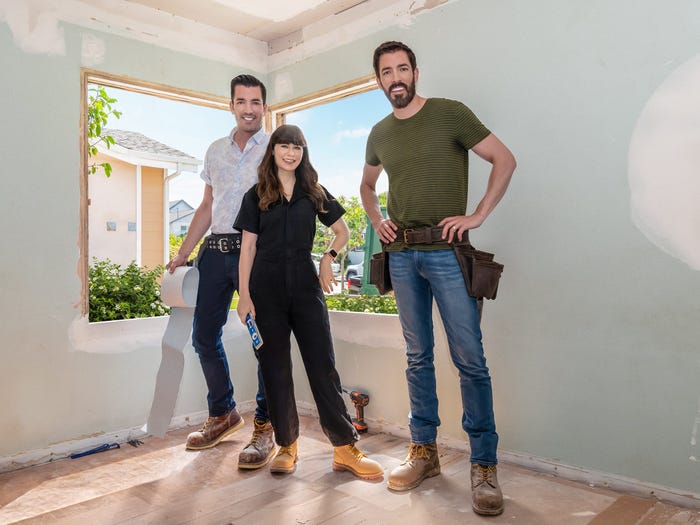 HGTV's "Celebrity IOU," in which celebrities team up with Drew and Jonathan Scott to give back to their loved ones with dream HGTV home makeovers, is back with all-new episodes.

Celebrities like Brad Pitt and Michael Bublé have appeared on the show, providing longtime friends with total home makeovers.

Deschanel and Sarah have known each other since they were 5 years old, as Deschanel told the Property Brothers on the show.

"We're kind of like sisters," she said of their relationship. "From day one, everything Sarah did I thought was just the coolest."

"There is nothing I wouldn't do for her," Sarah said of Deschanel. "We call each other infinity best friend."

Deschanel wanted to give back to Sarah because she's always doing things for other people.

"She's dedicated her whole life to helping people," Deschanel said of Sarah, who went back to school to become a therapist and gave birth to her second child not too long ago.

Sarah also recently moved into a new home, but it was smaller than her previous house, making it tight for her family.

Enter Deschanel and the Scott brothers, who aimed to transform the house into a spacious home Sarah's kids could grow up in.

The 900-square-foot house was made up of multiple small rooms, which made the space feel even smaller than it was.

Deschanel and the Scotts wanted to create an open-concept space, which would allow Sarah and her family to make better use of the home.

Deschanel wanted to transform the living room and kitchen, as Sarah loves to entertain but doesn't have the space or flow for it in the home's current setup.

"When there are little things that don't function for you, it makes your life so much harder," Deschanel said of why she wanted to transform Sarah's home. "I was wanting her to be happy and have an amazing space for her family."

"Sarah is one of those people I will always be there for because she's like my sister and has always been there for me too," Deschanel added. "It's so nice to have someone you can mutually lean upon and be there for."

The trio decided to demolish the entire main space, creating a totally new flow in the home.

"If we start from scratch with a blank slate, we can transform it completely," Jonathan said of the project. "When it's Zooey's best friend and someone who I have now become friends with, we gotta get it right."

Jonathan showed Deschanel the ropes of demolition on the episode.

Deschanel picked out the majority of the hardware and furniture that went into the new space. Because she knows Sarah so well, she had a good idea of what her friend would want in her home.

She even suggested they build a custom breakfast nook into the kitchen to optimize the space.

After just three weeks of work, the open-concept home was complete.

The kitchen has massive counter space, all new appliances, and a large sink.

"I've always wanted one," Sarah said when she saw the breakfast nook.

The kitchen looks over the living room, so Sarah can cook and spend time with her family simultaneously.

"It felt like they made the house 10 times bigger," Sarah said after the renovation was revealed. "I feel like it's given me the gift of more life, more time, and more enjoyment of my actual family."

"Knowing you put so much of yourself into the house makes me love it even more," Sarah also said to Deschanel.

"You guys deserve it," Deschanel told Sarah and her husband.

Although the episode was focused on the renovation for Sarah, it also gave fans of Deschanel and Jonathan a look at their relationship, which appears to have a very playful nature.

At the start of the episode, the Scotts and Deschanel were filmed in a car together, which Jonathan said reminded him of when he and Deschanel met on "Carpool Karaoke."

"Was it my wit and charm that won you over, or my voice of an angel?" Jonathan asked Deschanel, who he has been dating since September 2019.

"Those two are so adorable," Drew, who played the third wheel for much of the episode, said of the couple. "It makes me sick," he joked.

The couple later joked about their height difference, with Jonathan suggesting Deschanel sit in a booster seat designed for children so they could be at the same height.

They even raced to their car at one point, giving fans a look at the lighthearted nature of their relationship.

"I love spending time with Jonathan more than anything in the world," Deschanel said of her boyfriend. "He's the best."

The couple even hinted that they might team up on renovations together in the future.

Only time will tell if the duo actually collaborates on future home projects, but in the meantime, you can watch new episodes of "Celebrity IOU" on HGTV on Mondays at 9 p.m. Allison Janney will be guest-starring on the December 21 episode of the series.

You can learn more about Celebrity IOU here. 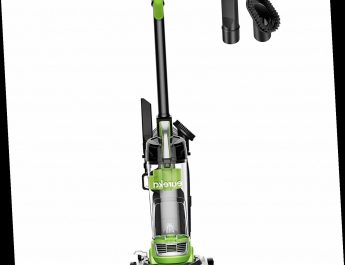 Gardening: Alan Titchmarsh shares how to ‘level out’ a slope on ITV’s Love Your Garden