THE young man stabbed to death after a three-car crash in Watford has been pictured today – as as his devastated mum paid a heartbreaking tribute.

Luke O'Connell, 27, was knifed during the brawl that broke out after the collision at 3am on Saturday. 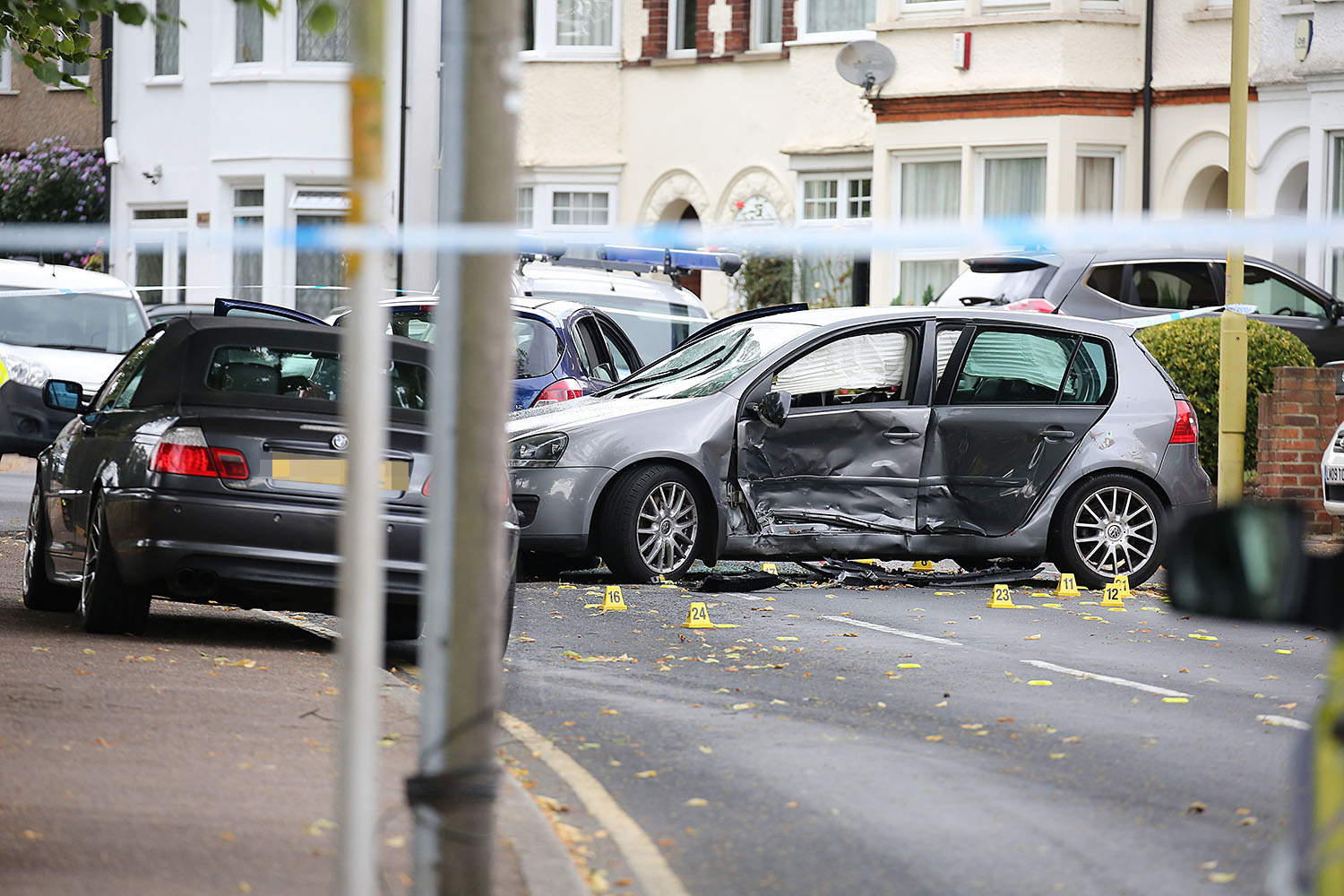 The 27-year-old who lived in the area, was found stabbed in Gammons Lane, at the junction on Leavesden Road.

He suffered serious injuries from the attack and was pronounced dead in hospital shortly after.

A 19-year-old man, also from Watford, has been arrested on suspicion of murder and remains in police custody.

Police were also called to reports that another young man had been found with a stab wound to his arm in nearby St Georges Road.

The stabbing has been treated as part of the same incident and the injured man was also taken to hospital.

It was understood that the crash involving a grey Volkswagen Golf, a blue Vauxhall Corsa and a black Vauxhall Astra may have been caused deliberately to attack the teenager.

All three cars were all badly damaged.

In a statement issued through Herts police Luke O'Connell's family also appealed to anyone with information about what happened to him to contact police.

We are absolutely devastated at what has happened to Luke. He had his whole life ahead of him and we are heartbroken.

His mum said: “As you can imagine we are absolutely devastated at what has happened to Luke.

"He had his whole life ahead of him and we are heartbroken.

“We would urge anyone who has any information about what happened to Luke to please contact the police in confidence or Crimestoppers anonymously.”

Detective Chief Inspector Justine Jenkins, from the BCH Major Crime Unit, said: “Our thoughts are with the victim’s family at this awful time and they are being supported by specially trained officers.

“A 19-year-old man from Watford has been arrested on suspicion of murder and remains in police custody.

“We are still in the very early stages of our investigation and extensive inquiries are being carried out to help establish the sequence of events.

"I would urge any witnesses or anyone with information to get in touch straight away.

“In particular, I would like to hear from anyone who believes they might have dash-cam footage of any of the vehicles in Watford overnight on Friday August 30 into this morning.”

Chief Inspector Matt Phillips added: “I understand this sad news will cause alarm to the local community and I would like to reassure Watford residents that we are working closely with MP Richard Harrington and Watford Borough Council to support anyone who has been affected by this terrible loss of life.

"Please do not hesitate to get in touch if you have information that can help the investigation.”

Watford Chief Inspector Matt Phillips said: “I understand this sad news will cause alarm to the local community and I would like to reassure Watford residents that we are working closely with MP Richard Harrington and Watford Borough Council to support anyone who has been affected by this terrible loss of life."

A spokesman for Hertfordshire Constabulary said: "The Bedfordshire, Cambridgeshire and Hertfordshire (BCH) Major Crime Unit have launched a murder investigation following the death of a man in Watford this morning.

"Police were called just before 3am today to Gammons Lane at the junction on Leavesden Road to reports of a three vehicle collision and subsequent fight taking place.

"Officers attended and found a man in his 20's with alleged stab wounds. He was taken to hospital where he was sadly pronounced dead.

"A further call was received to reports that a man had been found with a serious alleged stab wound to his arm in St Georges Road.

"This man was also taken to hospital for treatment. The two incidents are believed to be connected and both scenes are cordoned off."

Details of the second stab victim and the person arrested have not yet been released by police.

A Home Office pathologist was expected to carry out a post-mortem examination on the youth's body and a coroner will open and adjourn an inquest into his death early next week. 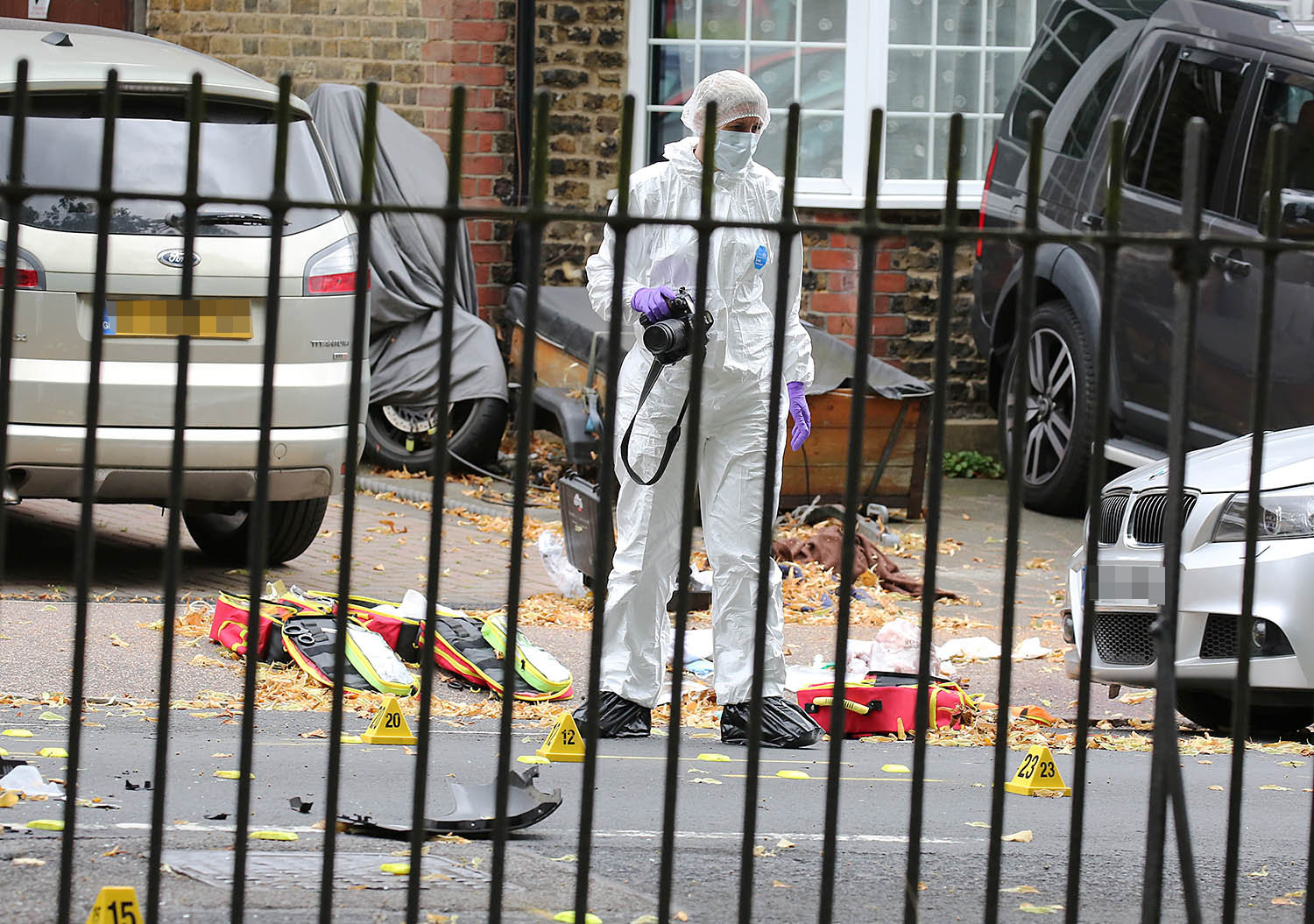 It comes as a 21-year-old man was left fighting for his life after being stabbed while a 15-year-old was knifed in two attacks just hours apart on London's bloody streets.

The man is believed to have had his phone and watch snatched in the vicious broad daylight attack in Croydon, South London, on Friday – left in a critical condition.

Three men, aged 19, 20 and 22, have since been arrested on suspicion of grievous bodily harm and are now being quizzed by cops.

Met Police confirmed they had been called to Croydon High Street just before 5.30pm after the man was stabbed.

This comes after a teen was knifed in broad daylight in the notorious Broadwater Farm Estate in Tottenham with cops called just after 11am today.

He was rushed to hospital in an ambulance and is in a critical condition.

More than 90 people have been killed in London already this year, with at least 50 on the grim roll call victims of fatal stabbings.

Britain has been battling a knife crime epidemic with fatal stabbings as deaths are at their highest level since the Second World War.

Violent crimes have surged in the capital since Sadiq Khan took office as mayor, with 2018 the bloodiest year in a decade.

The staggering statistics come a day after a report revealed that super-criminals who are caught carrying knives and committing crimes several times are STILL escaping jail. 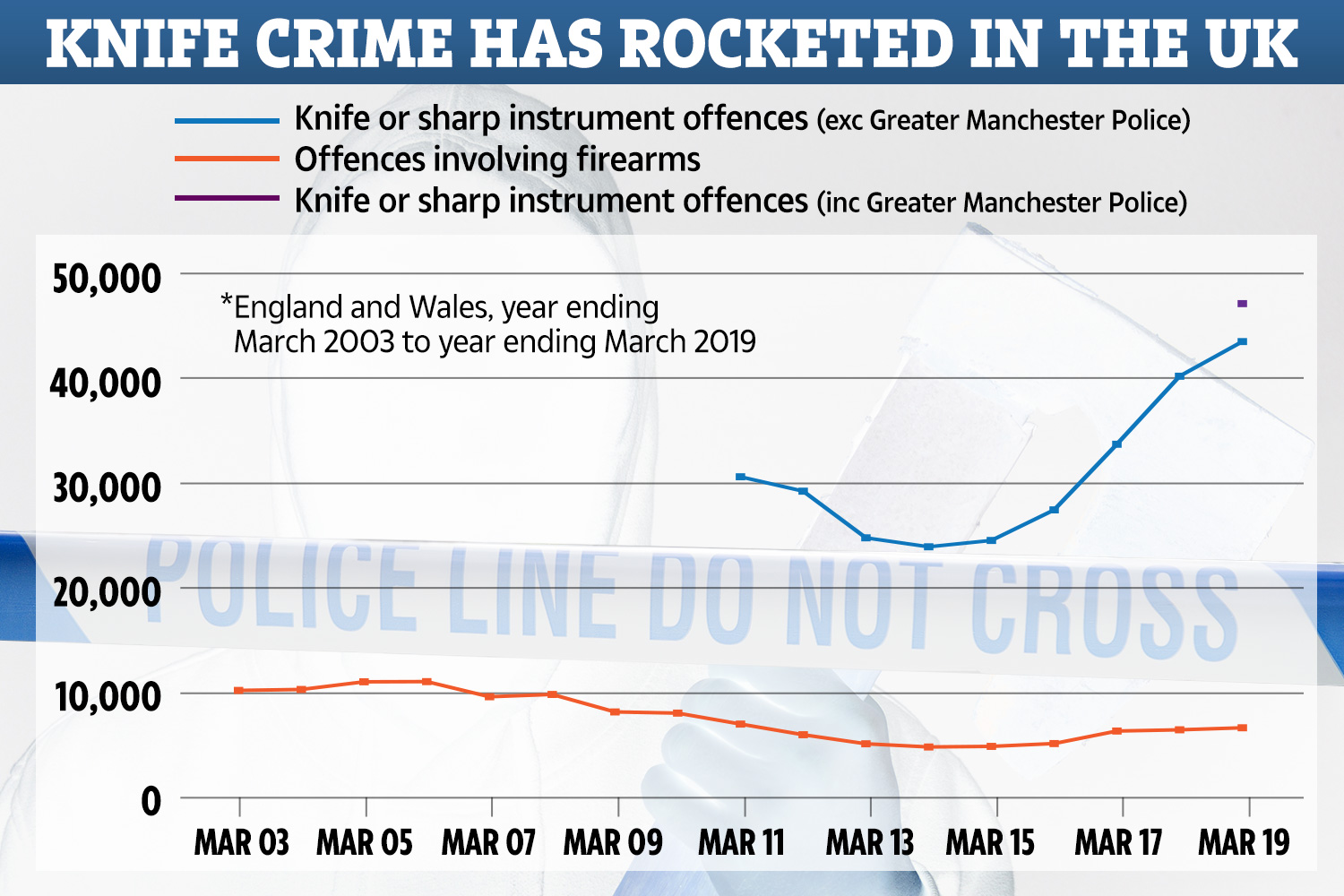 Knife crime is up by more than half in the three years since Khan took power in the capital.

The Mayor is accused of "complacency, incompetence and shirking responsibility" in the face of the city's crime wave.

Knife crime has increased by 52 per cent, burglary by 17 per cent and robbery by 59 per cent. 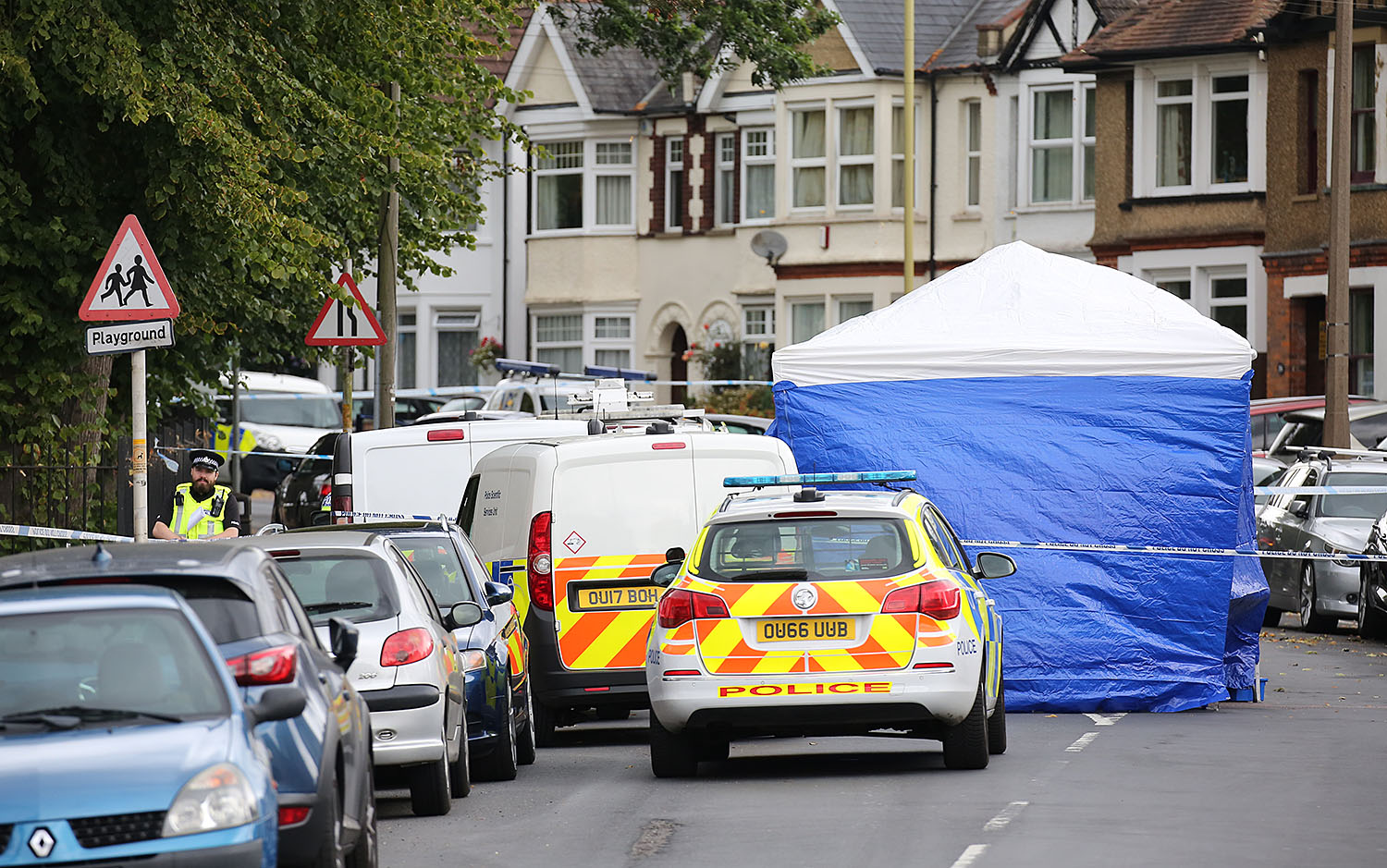 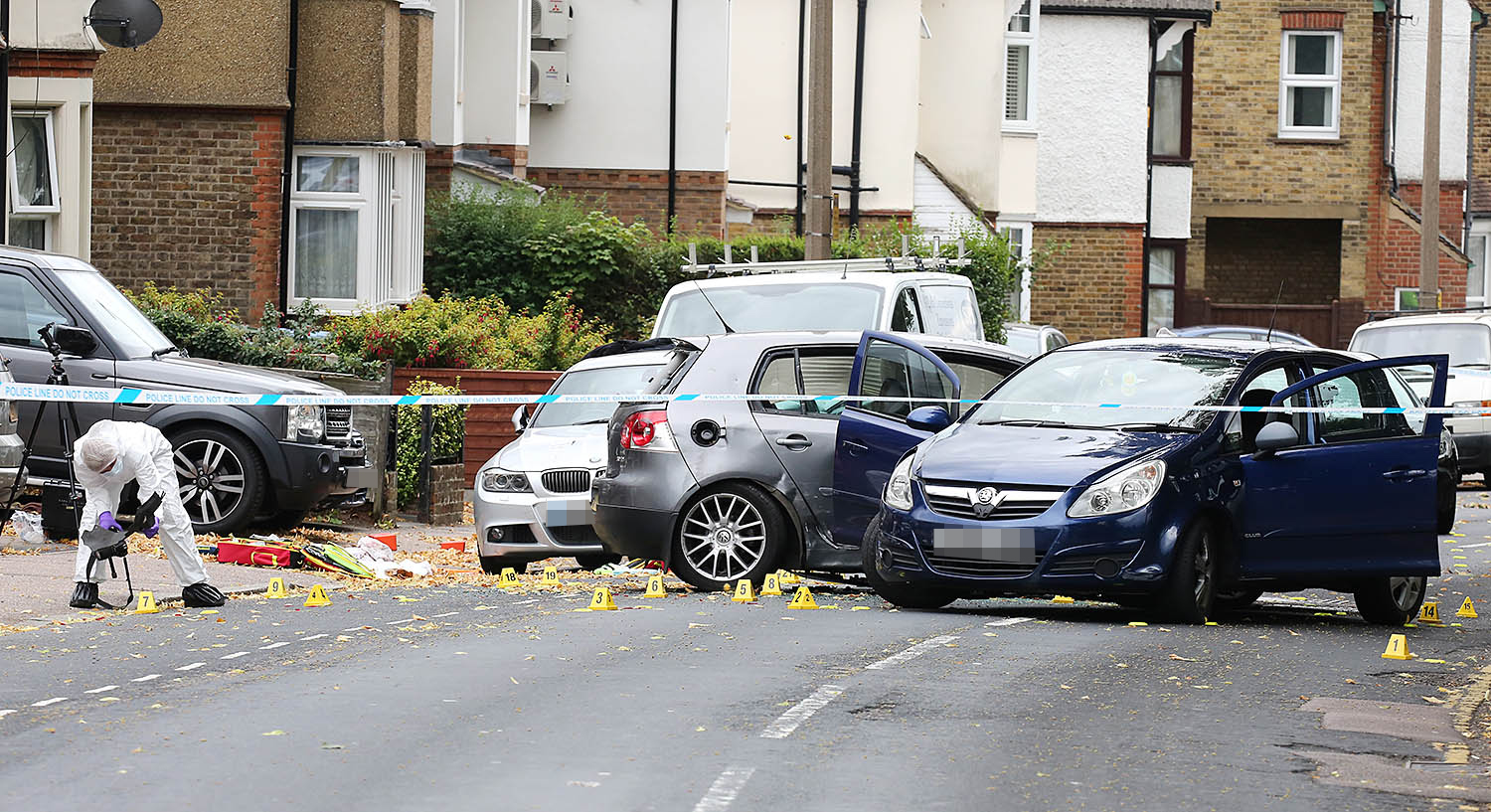 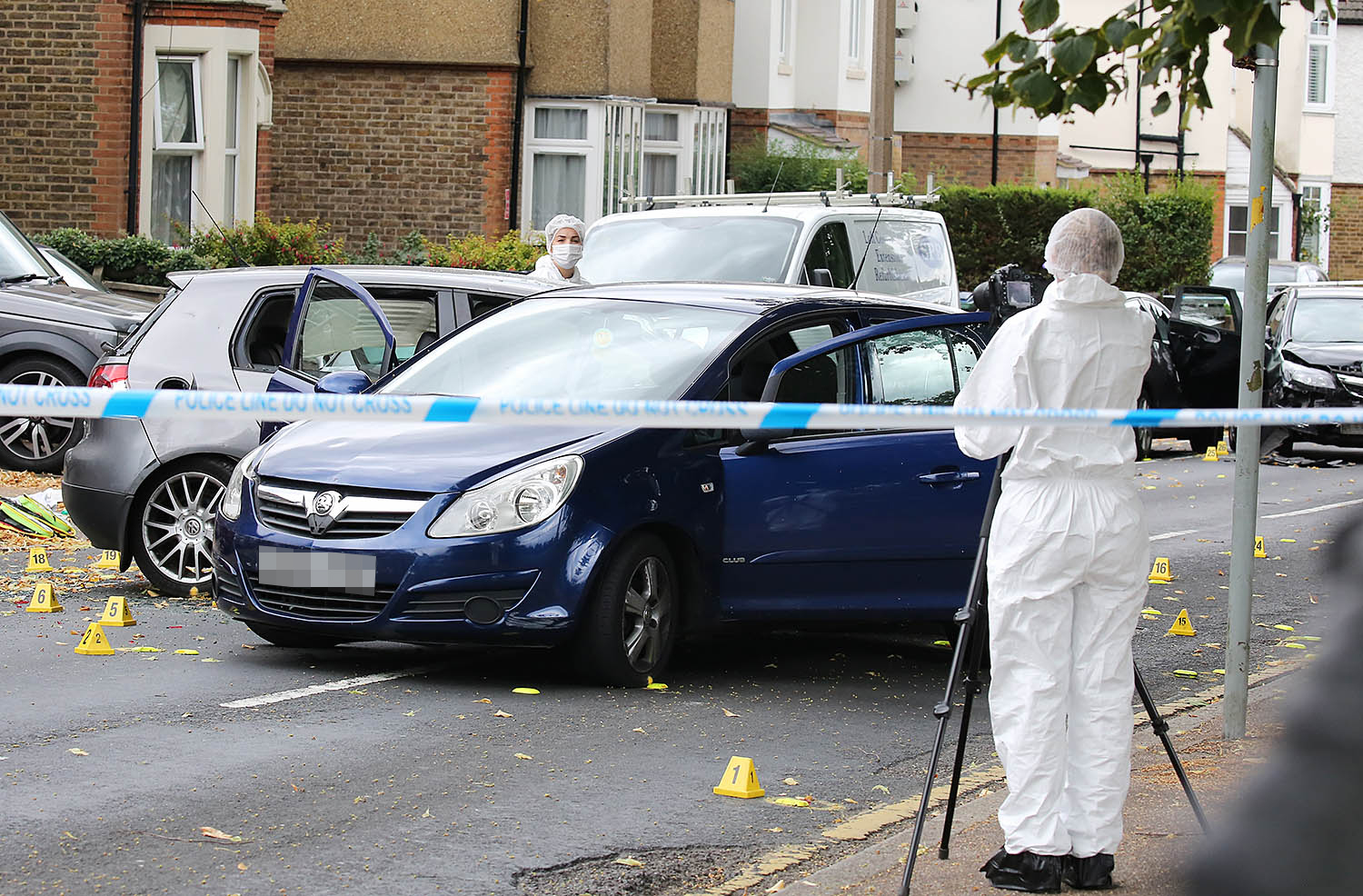 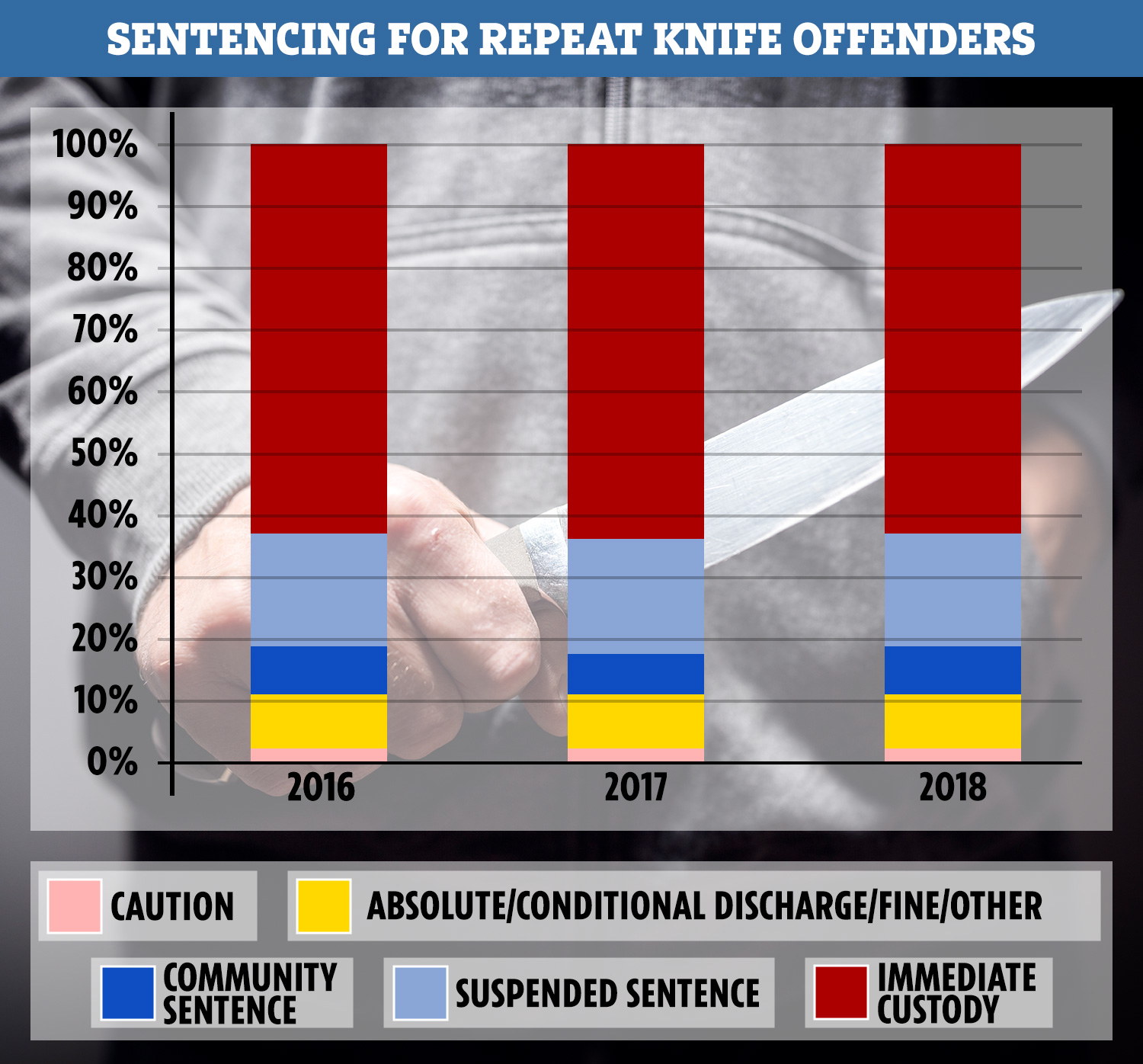